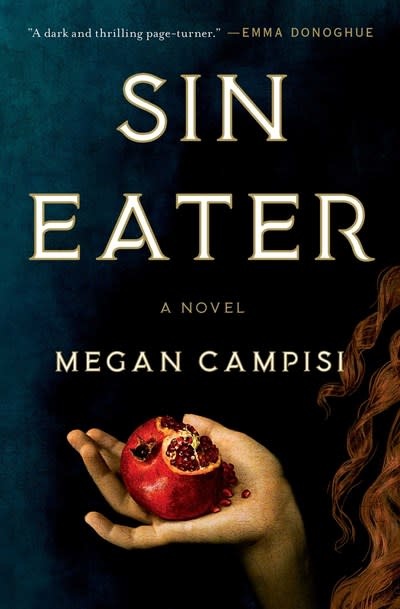 “For fans of The Handmaid’s Tale...a debut novel with a dark setting and an unforgettable heroine...is a riveting depiction of hard-won female empowerment” (The Washington Post).

The Sin Eater walks among us, unseen, unheard

Sins of our flesh become sins of Hers

Following Her to the grave, unseen, unheard

The Sin Eater Walks Among Us.

For the crime of stealing bread, fourteen-year-old May receives a life sentence: she must become a Sin Eater—a shunned woman, brutally marked, whose fate is to hear the final confessions of the dying, eat ritual foods symbolizing their sins as a funeral rite, and thereby shoulder their transgressions to grant their souls access to heaven.

Orphaned and friendless, apprenticed to an older Sin Eater who cannot speak to her, May must make her way in a dangerous and cruel world she barely understands. When a deer heart appears on the coffin of a royal governess who did not confess to the dreadful sin it represents, the older Sin Eater refuses to eat it. She is taken to prison, tortured, and killed. To avenge her death, May must find out who placed the deer heart on the coffin and why.

“Very much reminiscent of The Handmaid’s Tale…it transcends its historical roots to give us a modern heroine” (Kirkus Reviews). “A novel as strange as it is captivating” (BuzzFeed), The Sin Eater “is a treat for fans of feminist speculative fiction” (Publishers Weekly) and “exactly what historical fiction lovers have unknowingly craved” (New York Journal of Books).

Megan Campisi is a playwright, novelist, and teacher. Her plays have been performed in China, France, and the United States. She attended Yale University and L’école International de Théâtre Jacques Lecoq. The author of Sin Eater, she lives in Brooklyn, New York, with her family.