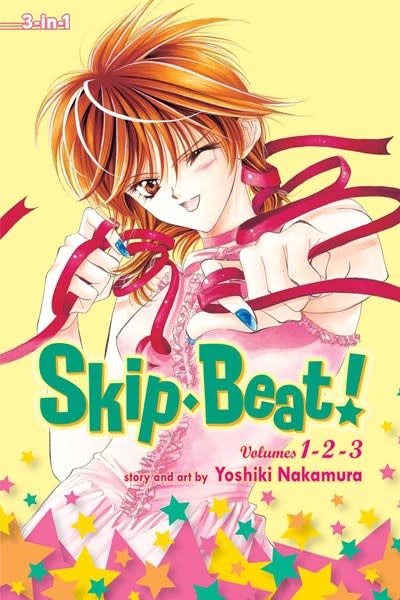 When Kyoko’s heart is broken, she decides that revenge is a dish best served in the spotlight!

Kyoko Mogami followed her true love Sho to Tokyo to support him while he made it big as an idol. But he’s casting her out now that he’s famous enough! Kyoko won’t suffer in silence—she’s going to get her sweet revenge by beating Sho in show biz!

Kyoko’s broken heart keeps her from getting into her talent agency of choice. The eccentric president of the agency decides to give her a second chance, but it requires her to wear a bright pink uniform, put up with spoiled stars, and try to live up to the name of her new position—the Love Me Section! Can Kyoko stand the indignity long enough to find her vengeance?

Yoshiki Nakamura is originally from Tokushima Prefecture. She started drawing manga in elementary school, which eventually led to her 1993 debut of Yume de Au yori Suteki (Better than Seeing in a Dream) in Hana to Yume magazine. Her other works include the basketball series Saint Love, MVP wa Yuzurenai (Can't Give Up MVP), Blue Wars and Tokyo Crazy Paradise, a series about a female bodyguard in 2020 Tokyo.