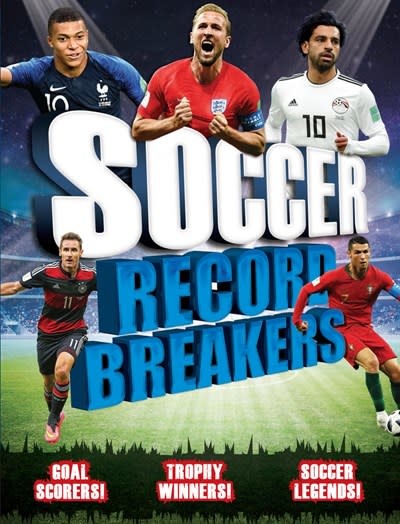 From the FIFA World Cup and Copa América to the record-breakers of Major League Soccer, the CONCACAF Gold Cup, the Bundesliga, and the English Premier League, Soccer Record Breakers has been fully updated to include the entire 2018-19 league season--plus the very first UEFA Nations League tournament. The action-packed reference captures every aspect of the game, delivering superb facts and stats in bite-size chunks, all illustrated by dynamic photos. It's a must-have for every soccer fan.

Clive Gifford is an award-winning author of over 150 books for children and adults. These include Eye Benders: The Science of Seeing and Believing, winner of the prestigious Royal Society Young People's Book Prize in 2014, and Cool Technology, which won the School Library Association Information Book Award 2013. Clive's titles range from the serious (Robots, iScience, How the World Works) and sporty (with books on motor racing, the Olympics and football) to the downright silly (The Curse of the Toxic Trousers).