Home » Something New Under the Sun: A novel 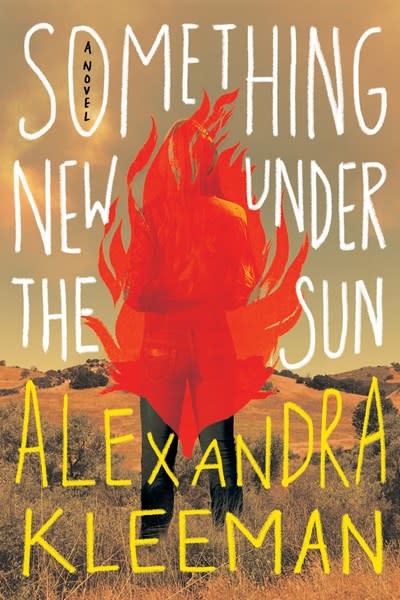 Something New Under the Sun: A novel

A novelist discovers the dark side of Hollywood and reckons with ambition, corruption, and connectedness in the age of environmental collapse and ecological awakening—a darkly unsettling near-future novel for readers of Don DeLillo and Ottessa Moshfegh

East Coast novelist Patrick Hamlin has come to Hollywood with simple goals in mind: overseeing the production of a film adaptation of one of his books, preventing starlet Cassidy Carter’s disruptive behavior from derailing said production, and turning this last-ditch effort at career resuscitation into the sort of success that will dazzle his wife and daughter back home. But California is not as he imagined: Drought, wildfire, and corporate corruption are omnipresent, and the company behind a mysterious new brand of synthetic water seems to be at the root of it all. Partnering with Cassidy—after having been her reluctant chauffeur for weeks—the two of them investigate the sun-scorched city’s darker crevices, where they discover that catastrophe resembles order until the last possible second.

In this often-witty and all-too-timely story, Alexandra Kleeman grapples with the corruption of our environment in the age of alternative facts. She does so with a meticulous and deeply felt accounting of our very human anxieties, liabilities, dependencies, and, ultimately, our responsibility to truth.

Alexandra Kleeman is the author of Intimations, a short story collection, and the novel You Too Can Have A Body Like Mine, which was a New York Times Editor’s Choice. Her fiction has been published in The New Yorker, The Paris Review, Zoetrope, Conjunctions, and Guernica, among others, and other writing has appeared in Harper’s, The New York Times Magazine, Vogue, Tin House, n+1, and The Guardian. Her work has received fellowships and support from Bread Loaf, Djerassi, the Virginia Center for the Creative Arts, and the Headlands Center for the Arts. She is the winner of the Berlin Prize, the Bard Fiction Prize, and is a Rome Prize Fellow in Literature at the American Academy in Rome. She lives in Staten Island and teaches at the New School.