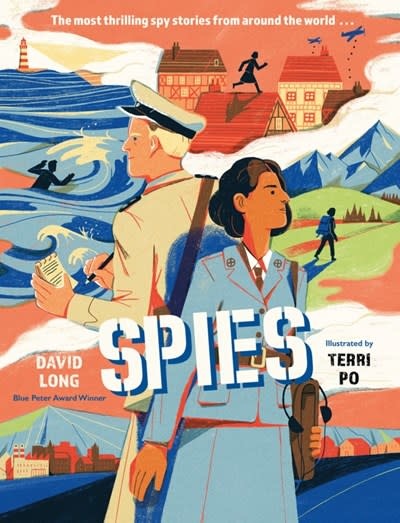 A single spy can save thousands upon thousands of lives . . .

From Harry Ree, teacher turned saboteur, to Margery Booth, the spy who sang for Hitler, to Scotch Lass, Britain's smallest ever agent, discover twenty-seven of the most courageous and daring spies . . .

For as long as there have been secrets to keep, there have been spies, the world over, trying to uncover this classified information. Spying goes on all the time, and everywhere, but some of the most astonishing exploits occur during wartime.

The stories in this beautiful collection unpick some of the most astonishing missions undertaken during World War Two – actions that helped to save many lives. Amazingly, many of these tales had to remain a deadly secret at the time and are little known even to this day.

Discover twenty-seven of the most courageous and daring, including:

Margery Booth, the spy who sang for Hitler,

Roald Dahl, the spy who became a bestselling author,

'Major Martin' the man who never was

Writer and historian David Long is the award-winning and bestselling author of the acclaimed Survivors series, Pirates Magnified, We are Romans, The World's Most Magnificent Machines, Tragedy at Sea: The Sinking of the Titanic, The Story of the London Underground and more than twenty other non-fiction books on a wide range of historical subjects. He lives in Suffolk and has two teenage sons.Terri Po is a children's book illustrator who was highly commended in the FAB Prize. She is originally from Hong Kong but graduated from the University of Edinburgh in 2018. She creates editorial illustrations, infographics and illustrated books, as well as doing live graphic facilitation.