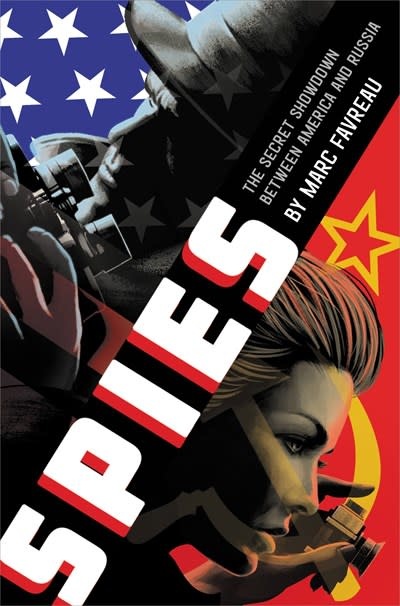 A thrilling, critically-acclaimed account of the Cold War spies and spycraft that changed the course of history, perfect for readers of Bomb and The Boys Who Challenged Hitler. The Cold War spanned five decades as America and the USSR engaged in a battle of ideologies with global ramifications. Over the course of the war, with the threat of mutually assured nuclear destruction looming, billions of dollars and tens of thousands of lives were devoted to the art and practice of spying, ensuring that the world would never be the same. Rife with intrigue and filled with fascinating historical figures whose actions shine light on both the past and present, this timely work of narrative nonfiction explores the turbulence of the Cold War through the lens of the men and women who waged it behind closed doors, and helps explain the role secret and clandestine operations have played in America's history and its national security.

Marc Favreau is an executive editor at The New Press. He is the acclaimed author of Crash: The Great Depression and the Fall and Rise of America and co-editor (with Ira Berlin and Steven F. Miller) of Remembering Slavery: African Americans Talk About Their Personal Experiences of Slavery and Emancipation and the editor of A People's History of World War II: The World's Most Destructive Conflict, as Told by the People Who Lived Through It, both published by The New Press. He lives in New York City and Martha's Vineyard, Massachusetts.