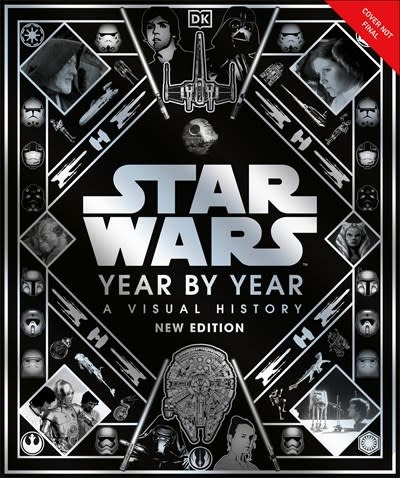 Discover everything you’ve ever wanted to know about Star Wars in this complete history of the most famous franchise in movie history.

Fully updated and expanded, this edition encompasses all nine episodes of the original, prequel, and sequel trilogies, along with the standalone movies Rogue One and Solo, and the universally acclaimed television series, The Mandalorian.

Kristin Baver is the Associate Editor of StarWars.com, covering Star Wars news, writing interview features on George Lucas and other important figures in the Star Wars galaxy, as well as spotlighting the dedicated fan community and their impressive and imaginative creations. She is the host of This Week! in Star Wars and The Star Wars Show Book Club. She previously worked as an award-winning journalist covering crime and social issues in central Pennsylvania, but now lives with her cat, Hector Smidget, in San Francisco, California.