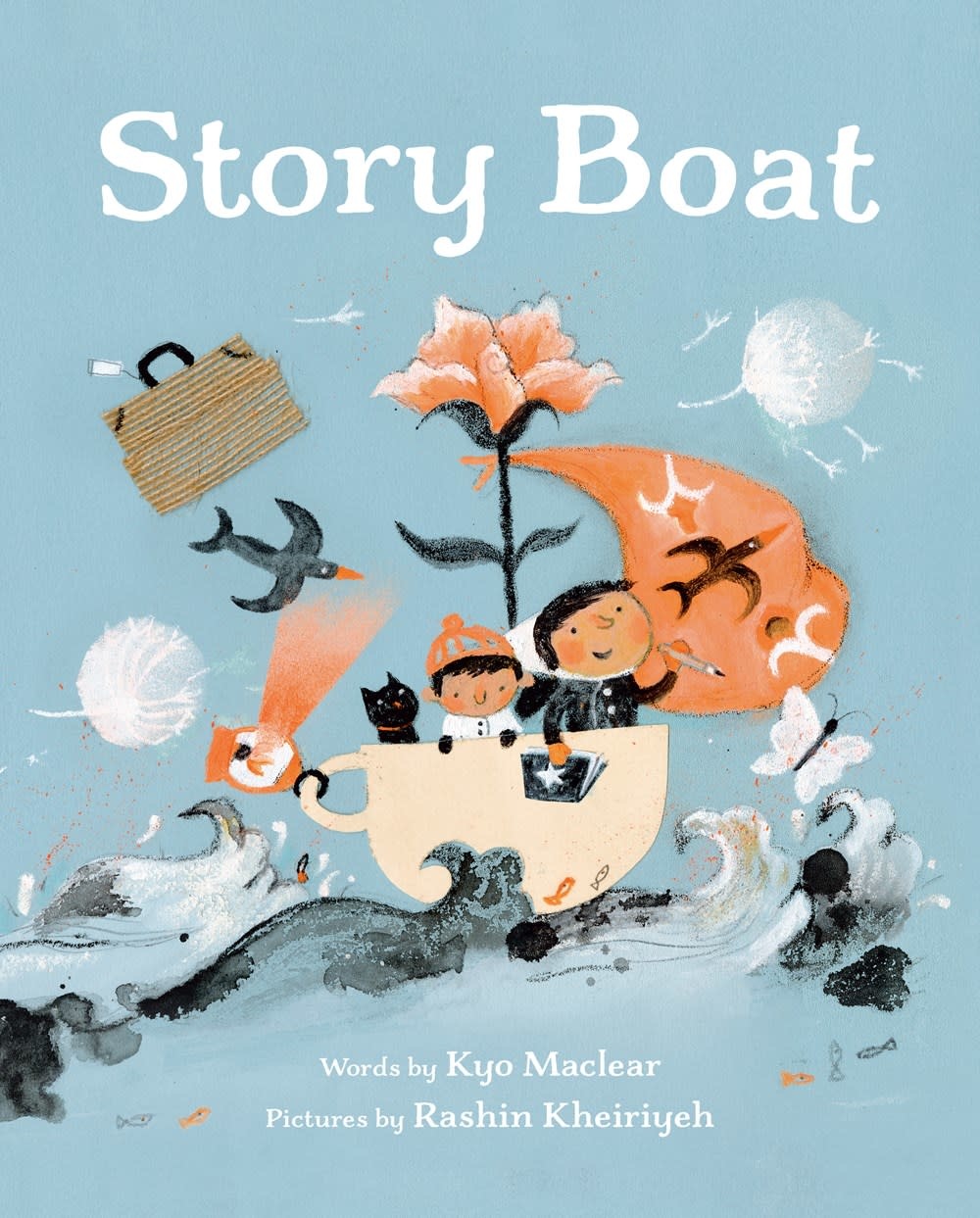 When you have to leave behind almost everything you know, where can you call home? Sometimes home is simply where we are: here. A imaginative, lyrical, unforgettable picture book about the migrant experience through a child’s eyes.

When a little girl and her younger brother are forced along with their family to flee the home they’ve always known, they must learn to make a new home for themselves—wherever they are. And sometimes the smallest things—a cup, a blanket, a lamp, a flower, a story—can become a port of hope in a terrible storm. As the refugees travel onward toward an uncertain future, they are buoyed up by their hopes, dreams and the stories they tell—a story that will carry them perpetually forward.

KYO MACLEAR is an essayist, novelist, and children’s author. Her books have been translated into fifteen languages and published in over twenty countries. She has earned multiple awards, including a Governor General’s Award, the Elizabeth Mrazik-Cleaver Picture Book Award, a USBBY Outstanding International Book (Virginia Wolf), the IODE Ontario Jean Throop Award (Yak and Dove), the Trillium Book Award (Birds Art Life), and the White Raven Award (Virginia Wolf and The Liszts). She has received nominations for the Kate Greenaway Medal (The Liszts), several Forest of Reading nominations, the Elizabeth Mrazik-Cleaver Award (The Good Little Book), and the Hilary Weston Writers’ Trust Non-Fiction Prize (Birds Art Life). Kyo holds a doctorate in environmental humanities and is on faculty at the University of Guelph Creative Writing MFA and the Humber School for Writers.

RASHIN KHEIRIYEH is an internationally recognized, award-winning illustrator/author, animation director, and painter who has published over seventy children's books in countries such as the United States, France, Italy, Japan, Germany, Spain, South Korea, China, Brazil, India, and Iran. She has received fifty national and international awards for the books and animations including recently being winner of the 2017 Sendak Fellow Award. She was also the winner of the Bologna Book Fair six times and the winner of Golden Apple Award at the Biennial of Illustration Bratislava (BIB), Slovakia. She has an Honorary Doctorate Degree in Illustration and an MFA in Graphic Design from Alzahra University, Tehran, Iran. She also studied at School of Visual Arts (SVA) in New York. She is a lecturer at Department of Art, University of Maryland and has contributed illustrations to the New York Times, Google, and many other publication houses around the world.