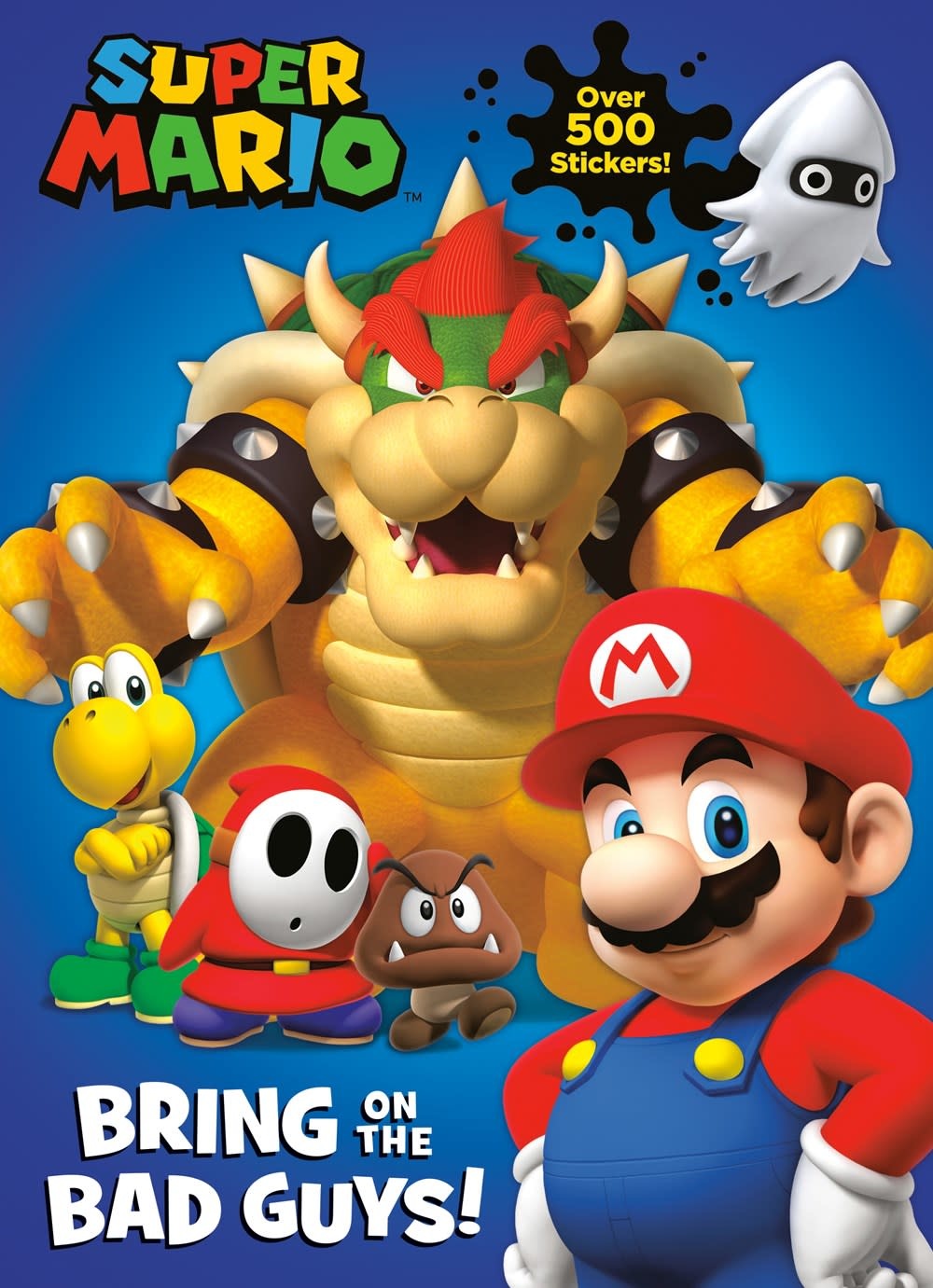 This brand-new full-color activity book with over 500 stickers stars Nintendo’s classic team of Mario and Luigi, and their most fearsome foes!

Super Mario fans will love this full-color activity book featuring Mario, Luigi, Princess Peach, and all their foes—Bowser, Koopalings, Wario, Waluigi, and more! It’s filled with action-packed activities and over 500 stickers for gamers of all ages!

Mario made his debut in the 1980s in arcades around the world and has since gone on to star in many adventures, evolving into the beloved icon he is today. He is a video-game sensation, appearing across all genres—from action platformers to sports, kart racing, and beyond.

Courtney Carbone studied English and creative writing in the United States and Australia before becoming a children’s book writer and editor in New York City. She has written several books, including Darcy Swipes Left, srsly Hamlet, and Macbeth #killingit.

Established in July 2013 in a merger between Penguin and Random House, Penguin Random House, with nearly 250 independent imprints and brands on five continents, more than 15,000 new titles published each year, and close to 800 million print, audio, and eBooks sold annually, is the world’s leading trade book publisher. Like its predecessor companies, Penguin Random House is committed to publishing adult and children’s fiction and nonfiction print editions and is a pioneer in digital publishing. Its publishing lists include more than 60 Nobel Prize laureates and hundreds of the world’s most widely read authors.