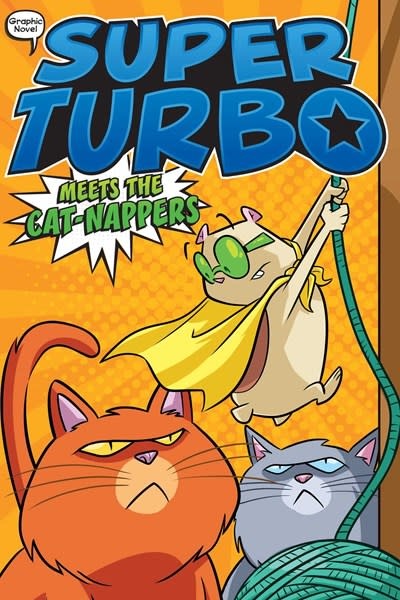 Super Turbo is excited to learn that he’ll be going home with a student over the weekend. He loves his students! But his delight disappears when he arrives at the kid’s house because he encounters a couple of lazy, napping cats who turn out to be not so lazy…and not so sleepy. And everyone knows cats and hamsters do not get along.

Edgar Powers is lucky enough to continue the harrowing adventures of Super Turbo and the Superpet Superhero League. He lives in New York and isn’t a fan of the evil Whiskerface.