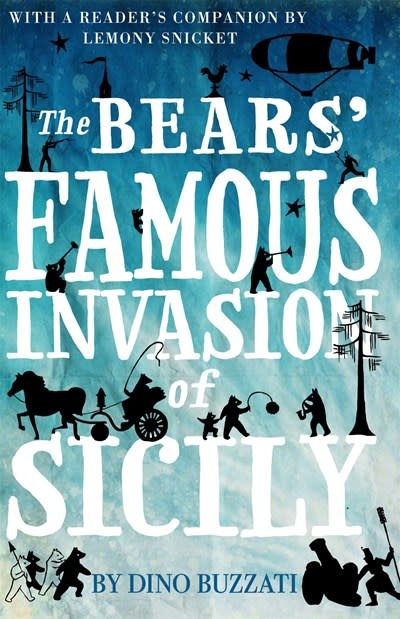 The Bears' Famous Invasion of Sicily

A wonderful story for children and an allegory for adults about the absurdity of war, with an introduction and guide to the text by Lemony Snicket.

Starving after a harsh winter, the bears descend from the mountains in search of food and invade the valley below, where they face fierce opposition from the army of the Grand Duke of Sicily. After many battles, scrapes, and dangers, the bears’ reign is established over the land, but their victory comes at a price.

The novelist, journalist, and painter Dino Buzzati is one of the most important voices of twentieth-century Italian literature. He is best remembered today for his novel The Tartar Steppe and the story “The Bears’ Famous Invasion of Sicily,” which he illustrated himself and which has become a classic of Italian children’s literature.