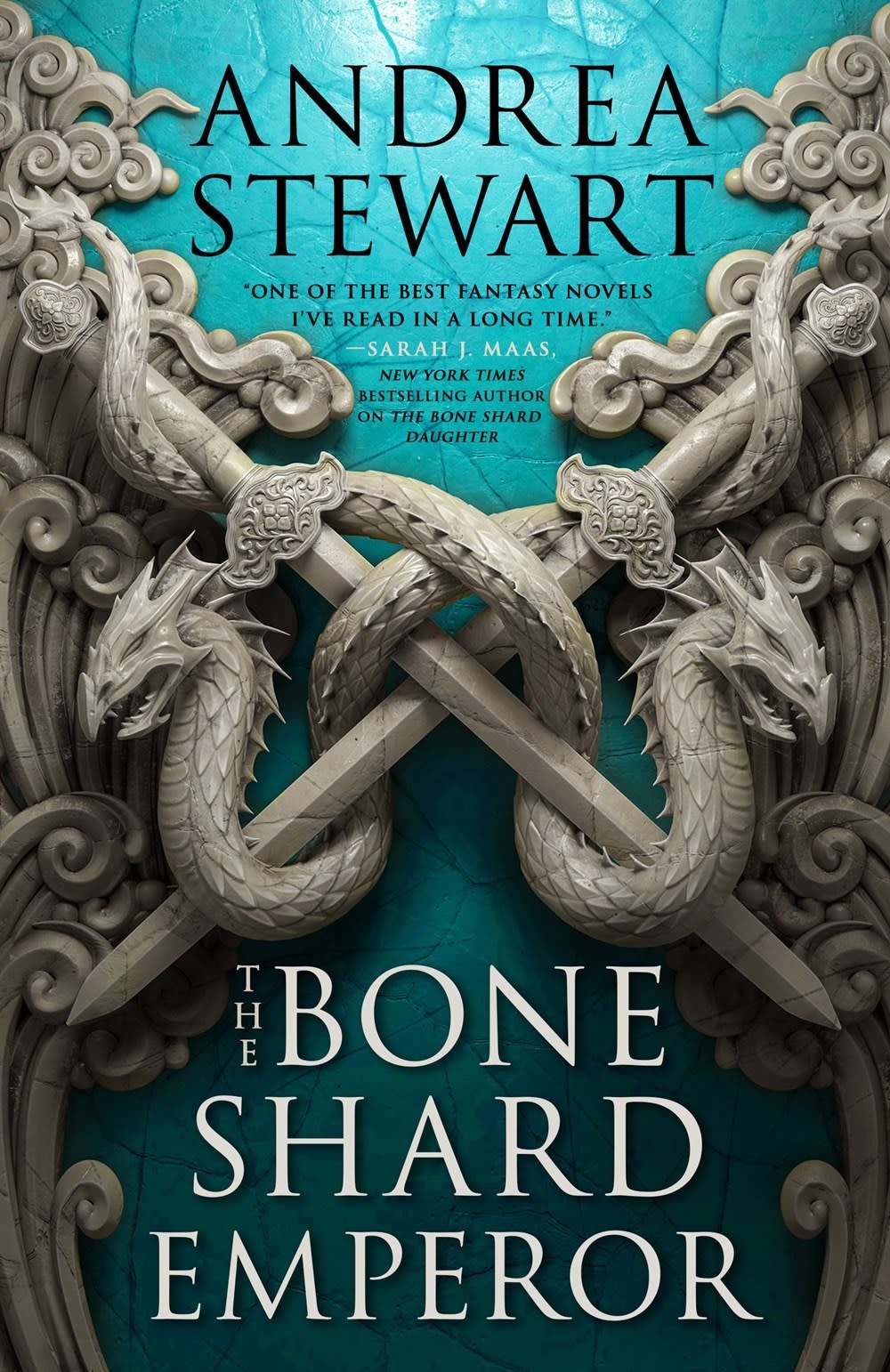 The Bone Shard Daughter was hailed as "one of the best debut fantasy novels of the year," (BuzzFeed News), an "amazing start to a new trilogy," (Culturess), and a "richly told, emotional, action-laced debut," (Library Journal, starred). Now, Andrea Stewart returns with The Bone Shard Emperor, the second installment of this unmissable, action-packed, magic-laced fantasy epic.

The Emperor is Dead. Long live the Emperor.

Lin Sukai finally sits on the throne she won at so much cost, but her struggles are only just beginning. Her people don’t trust her. Her political alliances are weak. And in the north-east of the Empire, a rebel army of constructs is gathering, its leader determined to take the throne by force.

Yet an even greater threat is on the horizon, for the Alanga – the powerful magicians of legend – have returned to the Empire. They claim they come in peace, and Lin will need their help in order to defeat the rebels and restore peace.

But can she trust them?

Andrea Stewart is the daughter of immigrants, and was raised in a number of places across the United States. Her parents always emphasized science and education, so she spent her childhood immersed in Star Trek and odd-smelling library books.

When her (admittedly ambitious) dreams of becoming a dragon slayer didn't pan out, she instead turned to writing books. She now lives in sunny California, and in addition to writing, can be found herding cats, looking at birds, and falling down research rabbit holes.