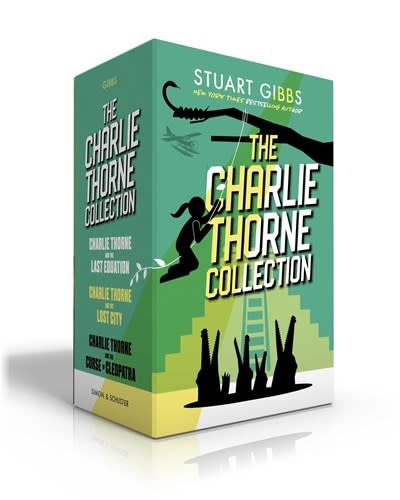 Charlie Thorne is not your average twelve-year-old. Brilliant, adventurous, and defiant, she has been forced to help track down and protect the greatest hidden secrets of mankind: an incredibly dangerous equation devised by Einstein, an astonishing discovery by Darwin, and the mysterious source of Cleopatra’s power. To find each one, Charlie must travel the world, facing danger at every turn, cracking codes, solving mysteries, and struggling to stay ahead of the formidable lineup of enemies and government agents who are hot on her tail.

Charlie Thorne and the Curse of Cleopatra