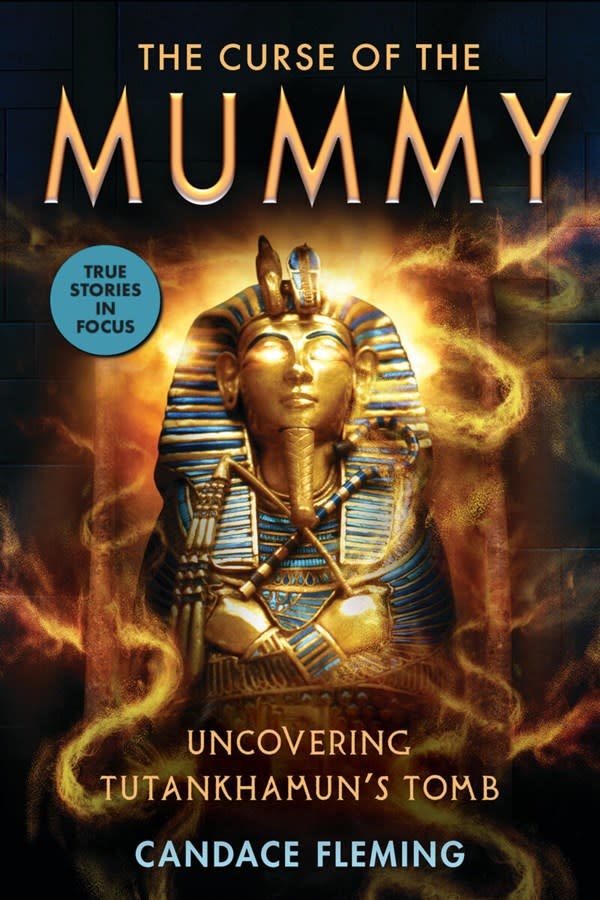 The Curse of the Mummy: Uncovering Tutankhamun's Tomb (Scholastic Focus)

Award-winning and critically acclaimed author Candace Fleming presents the edge-of-your-seat true story of the search for Tutankhamun's tomb, the Western public's belief that the dig was cursed, and the battle for ownership of the treasures within.During the reign of the New Kingdom of Egypt, the boy pharaoh Tutankhamun ruled and died tragically young. In order to send him on his way into the afterlife, his tomb was filled with every treasure he would need after death. And then, it was lost to time, buried in the sands of the Valley of the Kings.His tomb was also said to be cursed.Centuries later, as Egypt-mania gripped Europe, two Brits -- a rich earl with a habit for gambling and a disreputable, determined archeologist -- worked for years to rediscover and open Tutankhamun's tomb. But once it was uncovered, would ancient powers take their revenge for disturbing and even looting the pharaoh's resting place? What else could explain the mysterious illnesses, accidents, and deaths that began once it was found?

Candace Fleming is the versatile and acclaimed author of more than twenty books for children and young adults, including The Rise and Fall of Charles Lindbergh, winner of the YALSA Excellence in Nonfiction for Young Adults Award; the Sibert Award winner Honeybee: The Busy Life of Apis Mellifera; the Los Angeles Times Book Prize winner and Sibert Honor Book The Family Romanov: Murder, Rebellion, and the Fall of the Russian Empire; and the critically acclaimed Amelia Lost: The Life and Disappearance of Amelia Earhart.