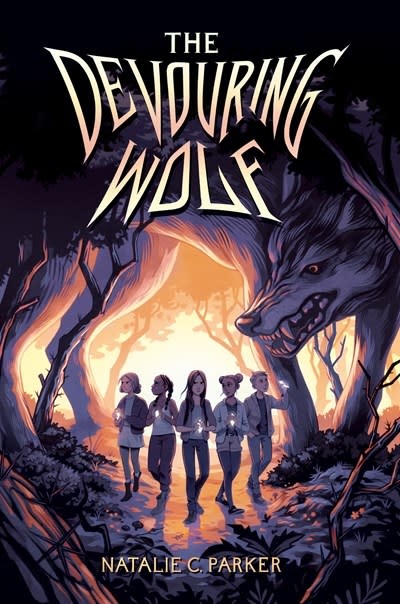 They say that the Devouring Wolf isn’t real, just an old legend, a giant creature who consumes the magic inside young werewolves. The elders tell the tale to scare young pups into obedience. It’s a spooky campfire story for fledging wolves. Or is it?

It’s the eve of the first full moon of summer, and twelve-year-old Riley Callahan is ready. This is the year she will finally turn into a wolf. She has to—no one transforms after twelve.

Nothing can ruin her mood: not her little brother Milo’s teasing, not mama N’s smothering, and not even her other mom C’s absence from their pack’s ceremony. But then the unthinkable happens—something that violates every rule of wolf magic: Riley doesn’t shift.

Along with the four other kids who somehow didn’t transform, Riley is left with questions that even the pack leaders don’t have answers to. And to make matters far worse, it appears something was awoken in the woods that same night. A creature with an insatiable hunger…has the Devouring Wolf been awakened?

Natalie C. Parker is the author and editor of several books for young adults, among them the acclaimed Seafire trilogy. Her work has been included on the NPR Best Books list, the Indie Next List, the TAYSHAS Reading List, and Junior Library Guild selections. Natalie grew up in a Navy family, finding home in coastal cities from Virginia to Japan. Now she lives with her wife on the Kansas prairie. Find her at nataliecparker.com.