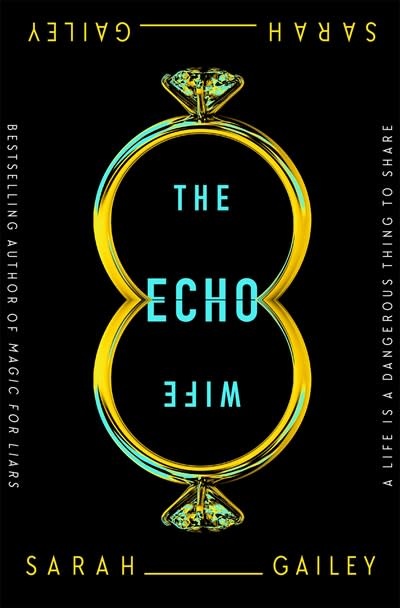 “When they said all happy families are alike, I don’t think this is what they meant…”

Evelyn Caldwell’s husband Nathan has been having an affair — with Evelyn Caldwell. Or, to be exact, with a genetically cloned replica.

After a morning that begins with a confrontation and ends with Nathan’s body bleeding out on the kitchen floor, the two Caldwell wives will have to think fast—before sharing everything includes sharing a jail cell.

The Echo Wife is a non-stop thrill ride of lies, betrayal, and identity, perfect for fans of Big Little Lies and Killing Eve.

SARAH GAILEY came onto the speculative scene in 2015 and has since become one of the sharpest, funniest voices in pop culture online, going viral frequently for their stories and joie de vivre. They are a regular contributor to multiple websites, including Tor.com, where their Women of Harry Potter series won a Hugo Award for Best Related Work. Gailey's nonfiction has appeared in Mashable and The Boston Globe, and their short fiction in various popular outlets. Their highly anticipated 2019 debut novel, Magic for Liars, garnered cross-genre acclaim.