Home » The Family Remains: A novel 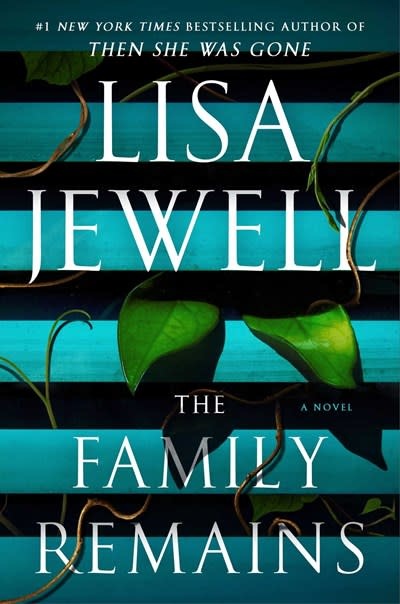 The Family Remains: A novel

When Rachel Rimmer’s phone rings in the early morning, she is shocked when she hears her husband’s housekeeper sobbing on the line. Her husband, Michael, has been found dead in the cellar of his house in France and all signs point to murder.

The French police conclude that Michael was killed by his gangster associates. They have no idea that the real killer is still out there: his ex-wife, Lucy. A year later, she and her children are happily living in London, unaware that Rachel is on the hunt for her. She may have never met this woman, but Rachel knows Lucy was the last person to see her husband alive. And there is nothing that is going to stop her from discovering the truth.

Lisa Jewell is the #1 New York Times bestselling author of nineteen novels, including The Family Upstairs and Then She Was Gone, as well as Invisible Girl and Watching You. Her novels have sold over 5 million copies internationally, and her work has also been translated into twenty-nine languages. Connect with her on Twitter @LisaJewellUK, on Instagram @LisaJewellUK, and on Facebook @LisaJewellOfficial.