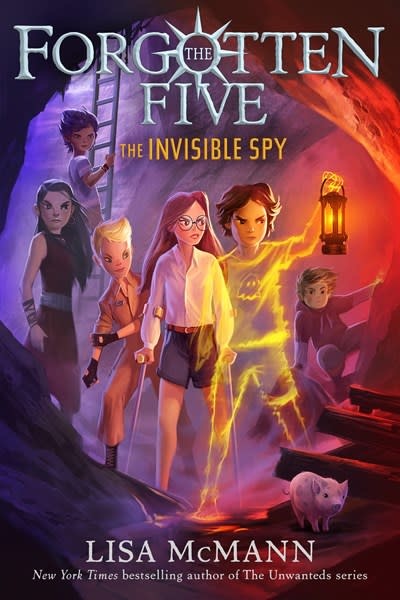 X-Men meets Spy Kids in this sequel to the instant New York Times bestseller Map of Flames. Here’s the thrilling second installment in The Forgotten Five middle-grade fantasy/adventure series from the author of The Unwanteds.

The forgotten five have made it to Estero to search for their missing supernatural criminal parents. With the help of their new allies, Lada and The Librarian, they’ve managed to find Birdie and Brix’s mother, Elena, and free her from captivity in the presidential palace. Now the president’s henchmen are searching everywhere for the children who broke out Elena, driving the group into hiding in the ancient underground tunnels beneath the city.

Meanwhile, President Fuerte is making headlines for his nighttime flights to other countries accompanied by an invisible man. But why would the president who outlawed supernaturals be working with the people he supposedly hates? And could it be that some of the five’s own parents are helping him?

The fantasy adventure that began with the New York Times and Indie bestseller Map of Flames continues as the five join the fight against the oppression of supernaturals in Estero, face off against an unexpected enemy, and undertake a new mission that will put all of their abilities—and their loyalties—to the test.

Lisa McMann is a New York Times and USA Today bestselling author of dozens of books, including The Unwanteds series, the Wake trilogy, and her most recent novel, Clarice the Brave. She is married to fellow writer Matt McMann, and they have two adult children—her son is artist Kilian McMann, and her daughter is actor Kennedy McMann. Lisa spends most of her time in Arizona, California, and Vancouver BC, and loves to cook, read, and watch reality TV. Visit Lisa at lisamcmann.com or follow her on Twitter and Instagram @lisa_mcmann. 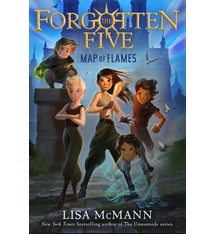