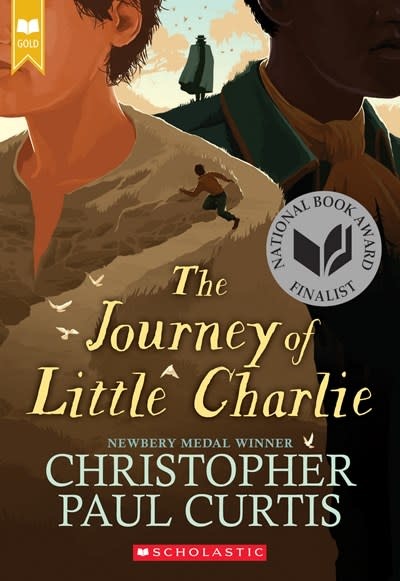 The National Book Award finalist by Christopher Paul Curtis!Twelve-year-old Charlie is down on his luck: His sharecropper father just died and Cap'n Buck -- the most fearsome man in Possum Moan, South Carolina -- has come to collect a debt. Fearing for his life, Charlie strikes a deal with Cap'n Buck and agrees to track down some folks accused of stealing from the cap'n and his boss. It's not too bad of a bargain for Charlie... until he comes face-to-face with the fugitives and discovers their true identities. Torn between his guilty conscience and his survival instinct, Charlie needs to figure out his next move -- and soon. It's only a matter of time before Cap'n Buck catches on.Newbery Medalist Christopher Paul Curtis brings his trademark humor and heart to this story of a boy struggling to do right in the face of history's cruelest evils.

Christopher Paul Curtis was awarded both a Newbery Honor and a Coretta Scott King Honor for his debut book, The Watsons Go to Birmingham -- 1963, and won the Newbery Medal and the Coretta Scott King Award for his second book, Bud, Not Buddy. Mr. Curtis is also the author of the Golden Kite Award-winning Bucking the Sarge, as well as Mr. Chickee's Funny Money, Mr. Chickee's Messy Mission, and the Newbery Honor book Elijah of Buxton.