Home » The Kind Worth Saving 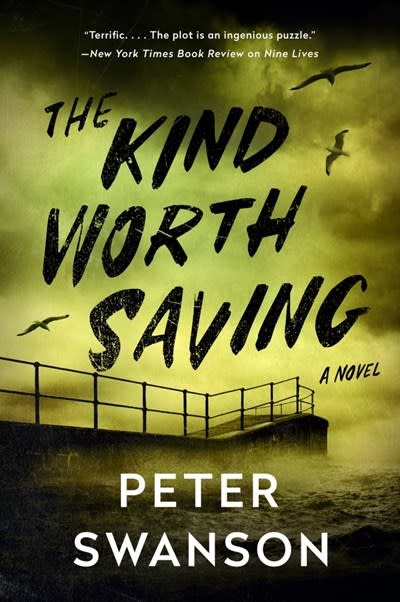 The Kind Worth Saving

In this spectacularly devious novel by New York Times bestselling author Peter Swanson—featuring the smart and complex Lily Kintner from his acclaimed novel, The Kind Worth Killing—a private eye starts to follow a possibly adulterous husband, but little does he know that the twisted trail will lead back to the woman who hired him.

There was always something slightly dangerous about Joan. So, when she turns up at private investigator Henry Kimball’s office asking him to investigate her husband, he can’t help feeling ill at ease. Just the sight of her stirs up a chilling memory: he knew Joan in his previous life as a high school English teacher, when he was at the center of a tragedy.Now Joan needs his help in proving that her husband is cheating. But what should be a simple case of infidelity becomes much more complicated when Kimball finds two bodies in an uninhabited suburban home with a “for sale” sign out front. Suddenly it feels like the past is repeating itself, and Henry must go back to one of the worst days of his life to uncover the truth.Is it possible that Joan knows something about that day, something she’s hidden all these years? Could there still be a killer out there, someone who believes they have gotten away with murder? Henry is determined to find out, but as he steps closer to the truth, a murderer is getting closer to him, and in this hair-raising game of cat and mouse only one of them will survive.

Peter Swanson is the New York Times bestselling author of eight previous novels, including The Kind Worth Killing, winner of the New England Society Book Award, and finalist for the CWA Ian Fleming Steel Dagger; Her Every Fear, an NPR book of the year; and Eight Perfect Murders, a New York Times bestseller and Kirkus book of the year. His books have been translated into 30 languages, and his stories, poetry, and features have appeared in Asimov’s Science Fiction, The Atlantic Monthly, Measure, The Guardian, The Strand Magazine, and Yankee Magazine. He lives outside of Boston, where he is at work on his next novel.