Home » The Kingdoms: A novel 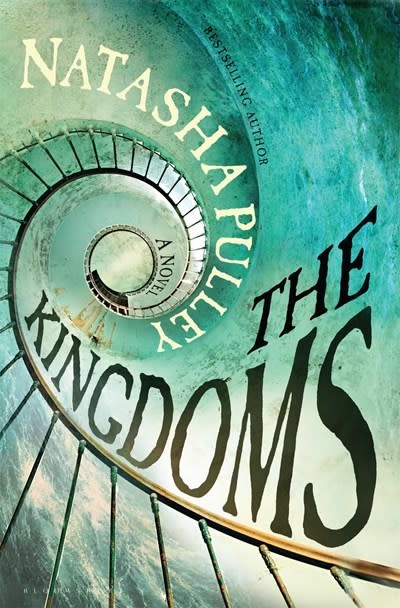 The Kingdoms: A novel

For fans of The Man in the High Castle and The 7 1/2 Deaths of Evelyn Hardcastle, a captivating novel that imagines a world where the French defeated the British at the Battle of Trafalgar.

In 1898, England is a peaceful colony of the Republic of France. Everything from the street signs to the newspapers is written in French, and only the terrorists in Scotland speak English. In soot-blackened, smog-ridden London, the slave trade is thriving, and the ruins of St. Paul’s Cathedral are surrounded by the factories that keep France’s empire and army fitted out with steel.

But Joe Tournier doesn’t remember any of this. His first memory is of being 43 years old and stepping off a train. Joe is diagnosed with a kind of epilepsy, one that causes amnesia and which results in periodic visions of a mysterious man. The only clue Joe has about his former identity is a century-old postcard of a Scottish lighthouse that arrives in London the same month Joe does.

Two years later, Joe accepts a job to repair that lighthouse. He’s drawn to the building, and to the mystery of the place: the previous lighthouse keepers have vanished and the brand-new lighthouse is in need of repair. But what Joe finds in Scotland will change the way he sees the world, its history, and, most importantly, himself.

From the bestselling author of The Watchmaker of Filigree Street, The Kingdoms is an epic, wildly original novel that blends historical events with fantastical adventure.

Natasha Pulley, the author of The Watchmaker of Filigree Street, The Bedlam Stacks, and The Lost Future of Pepperharrow, studied English literature at Oxford University and earned a creative writing MA at the University of East Anglia. She lives in Bath, England.