Home » The Ladies of the Secret Circus 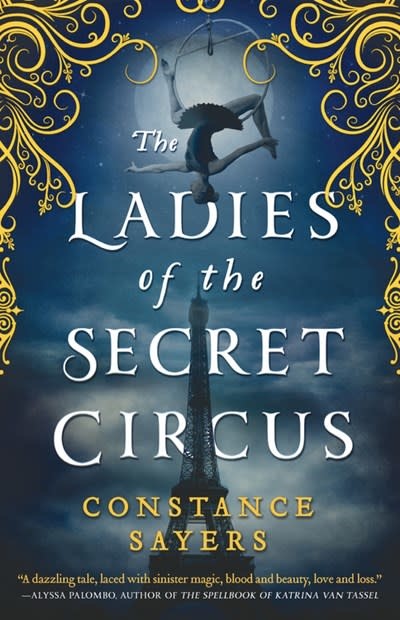 The Ladies of the Secret Circus

From the author of A Witch in Time comes a magical story spanning from Jazz Age Paris to modern-day America of family secrets, sacrifice, and lost love set against the backdrop of a mysterious circus.

Paris, 1925: To enter the Secret Circus is to enter a world of wonder—a world where women weave illusions of magnificent beasts, carousels take you back in time, and trapeze artists float across the sky. Bound to her family's circus, it's the only world Cecile Cabot knows until she meets a charismatic young painter and embarks on a passionate affair that could cost her everything.

Virginia, 2004:Lara Barnes is on top of the world, until her fiancé disappears on their wedding day. When her desperate search for answers unexpectedly leads to her great-grandmother’s journals, Lara is swept into a story of a dark circus and ill-fated love.

Soon secrets about Lara’s family history begin to come to light, revealing a curse that has been claiming payment from the women in her family for generations. A curse that might be tied to her fiancé’s mysterious disappearance

Praise for The Ladies of the Secret Circus:

"At times decadent and macabre, The Ladies of the Secret Circus is a mesmerizing tale of love, treachery, and depraved magic percolating through four generations of Cabot women." —Luanne G. Smith, author of The Vine Witch

"Ambitious and teeming with magic, Sayers creates a fascinating mix of art, The Belle Époque, and more than a little murder.” —Erika Swyler, author of The Book of Speculation

For more from Constance Sayers, check out A Witch in Time.

Constance Sayers is the author of A Witch in Time. A finalist for Alternating Current's 2016 Luminaire Award for Best Prose, her short stories have appeared in Souvenir and Amazing Graces: Yet Another Collection of Fiction by Washington Area Women as well as The Sky is a Free Country. Her short fiction has been nominated for the Pushcart Prize and Best of the Net.She received an MA in English from George Mason University. She lives outside of Washington D.C. Like her character in The Ladies of the Secret Circus, for many years, she was the host of a radio show from midnight to six.