Home » The Lights That Dance in the Night 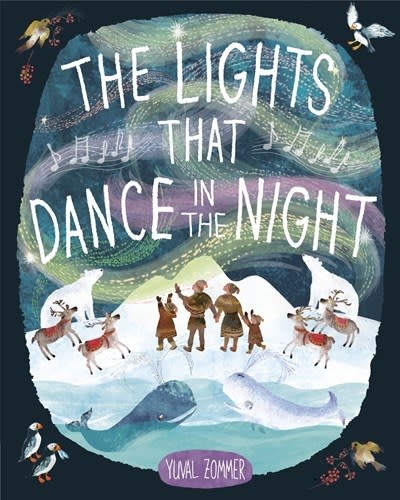 The Lights That Dance in the Night

In the next picture book from the creator of the holiday hit The Tree That's Meant to Be, the northern lights bring wonder and joy to all the creatures who bask in their mysterious glow.

From tiny specks of dust to gleaming rays in the dark, the northern lights travel across the Arctic, uniting every creature in a celebration over land and sea.

In this wonderfully festive picture book, Yuval Zommer imagines the northern lights' fleeting journey from space to Earth and how they weave a special magic for the animals and people living in the frozen lands below.

With its heartfelt themes of kinship, curiosity, and the wonders of nature, it's a perfectly cozy story for families to read together.

Series Overview: Fall '19: The Tree That's Meant to Be

Fall '22: The Lights That Dance in the Night

YUVAL ZOMMER graduated from London's Royal College of Art with an MA in illustration. He worked as a creative director at many leading advertising agencies until his passion for picture books won out. He is now the author and illustrator of several highly acclaimed children's books, including The Tree That's Meant to Be, A Thing Called Snow, and The Big Book of Bugs. See more of his work on Instagram and Twitter at @yuvalzommer.