Home » The Lost Village: A novel 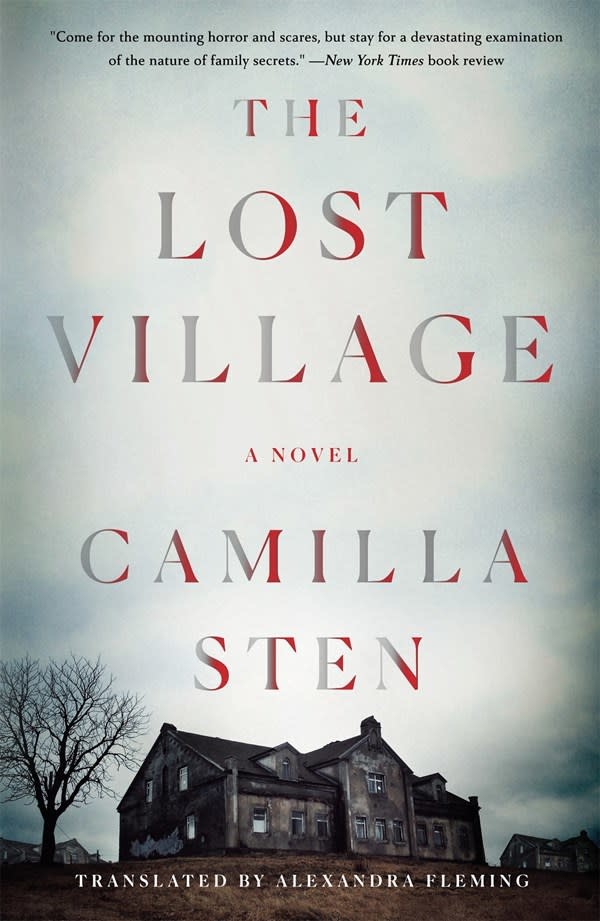 The Lost Village: A novel

"Come for the mounting horror and scares, but stay for a devastating examination of the nature of family secrets." —New York Times book review

One day in 1959, an entire village of people disappeared—leaving behind only the broken body of a woman in the town square, and an abandoned newborn in a schoolroom.

No one knows why they vanished. No one’s been there since.

Documentary filmmaker Alice Lindstedt has been obsessed with the vanishing residents of the old mining town, dubbed “The Lost Village,” since she was a little girl. Her grandmother’s entire family disappeared in this mysterious tragedy, and ever since, the unanswered questions surrounding the dead woman and abandoned baby have plagued her. She’s gathered a small crew of filmmaking friends to spend a few days in the quiet village and make a film about what really happened.

There will be no turning back for them.

Not long after they’ve set up camp, mysterious things begin to happen. Equipment is destroyed. People begin to go missing. As doubt breeds fear and their very minds begin to crack, one thing becomes startlingly clear to Alice: they are not alone.

Addictively gripping and brilliantly chilling, The Lost Village by Camilla Sten is a pulse-pounding, riveting thriller from beginning to end.

CAMILLA STEN has been writing stories since she was a young girl. In 2019, she published the now internationally acclaimed, hair-raising novel The Lost Village. Rights for The Lost Village have been sold to seventeen territories around the world including film and TV. An ever prolific author, Camilla is already working on her next psychologically intense suspense novel, all while travelling the world and putting the finishing touches on the first part of her dark and atmospheric YA series.