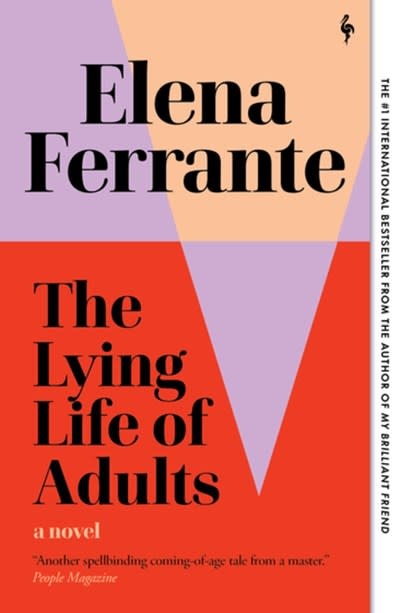 NAMED ONE OF THE BEST BOOKS OF THE YEAR BY

In this powerful novel set in a divided Naples by Elena Ferrante, the New York Times best-selling author of My Brilliant Friend, fourteen-year-old Giovanna is searching for her reflection in two kindred cities that fear and detest one another: Naples of the heights, which wears a mask of refinement, and Naples of the depths, a place of excess and vulgarity, where her guide is the unforgettable Aunt Vittoria.With this new novel about the passage from childhood to adolescence to adulthood, Ferrante gives her readers another gripping, highly addictive, Neapolitan story.“Another spellbinding coming-of-age tale from a master.”—People Magazine

Elena Ferrante is the author of The Days of Abandonment (Europa, 2005), which was made into a film directed by Roberto Faenza, Troubling Love (Europa, 2006), adapted by Mario Martone, and The Lost Daughter (Europa, 2008), soon to be a film directed by Maggie Gyllenhaal. She is also the author of Incidental Inventions (Europa, 2019), illustrated by Andrea Ucini, Frantumaglia: A Writer's Journey (Europa, 2016) and a children's picture book illustrated by Mara Cerri, The Beach at Night (Europa, 2016). The four volumes known as the "Neapolitan quartet" (My Brilliant Friend, The Story of a New Name, Those Who Leave and Those Who Stay, and The Story of the Lost Child) were published by Europa Editions in English between 2012 and 2015. My Brilliant Friend, the HBO series directed by Saverio Costanzo, premiered in 2018.Ann Goldstein has translated into English all of Elena Ferrante's books, including the New York Times bestseller, The Story of the Lost Child, which was shortlisted for the MAN Booker International Prize. She has been honored with a Guggenheim Fellowship and is the recipient of the PEN Renato Poggioli Translation Award. She lives in New York.