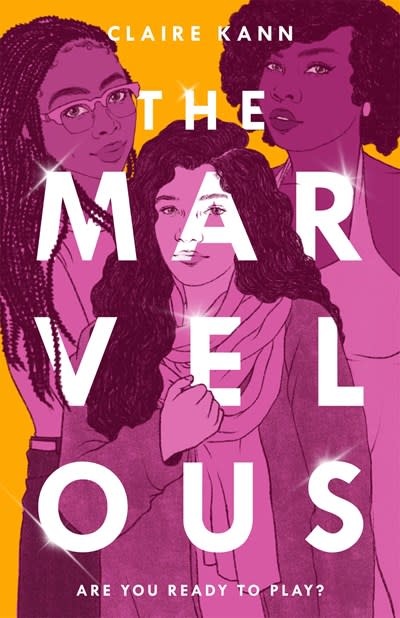 From the author of Let's Talk About Love, this pacey YA novel follows three teens locked together in a mansion, competing for a big cash prize in a competition run by a mysterious heiress.

After mysteriously disappearing for a year, Jewel made her dramatic return with an announcement: Three lucky Golden Rule users have been chosen to compete in a mystery treasure hunt at her private estate—all for an unimaginable cash prize. Luna: fifteen, fearless, and Jewel’s biggest fan. Nicole: the new Queen of Golden Rule given an invitation she couldn’t refuse. Stella: the brilliant outsider with a killer ulterior motive.

As the weekend goes on, the line between reality and the game begins to blur and the players begin to realize that money isn’t the only thing at stake.

They should’ve believed everything they read on the internet.

Claire Kann is the author of Let’s Talk About Love and If It Makes You Happy, as well as an award-winning online storyteller. In her other life, she works for a nonprofit that you may have heard of where she daydreams like she’s paid to do it.