Home » The Mermaid of Black Conch: A novel 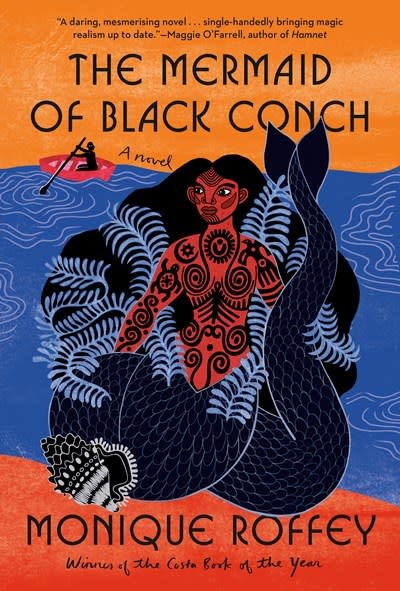 The Mermaid of Black Conch: A novel

Winner of the Costa Book of the Year Award, The Mermaid of Black Conch spins the enchanting tale of a cursed mythical creature and the lonely fisherman who falls in love with her.

In 1976, David is fishing off the island of Black Conch when he comes upon a creature he doesn’t expect: a mermaid by the name of Aycayia. Once a beautiful young woman, she was cursed by jealous wives to live in this form for the rest of her days. But after the mermaid is caught by American tourists, David rescues and hides her away in his home, finding that, out of the water, she begins to transform back into a woman.

Now David must work to win Aycayia’s trust while she relearns what it is to be human, navigating not only her new body but also her relationship with others on the island, a difficult task after centuries of loneliness. As David and Aycayia grow to love each other, they juggle both the joys and dangers of life on shore. But a lingering question remains: Will the former mermaid be able to escape her curse? Taking on many points of view, this mythical adventure tells the story of one woman’s return to land, her healing, and her survival.

MONIQUE ROFFEY is a senior lecturer in creative writing at The Manchester Writing School at Manchester Metropolitan University. She is the author of seven books, four of which are set in Trinidad and the Caribbean region. The Mermaid of Black Conch won the 2020 Costa Book of the Year Award and was short-listed for several other major prizes. An essayist and journalist, Roffey’s work has appeared in The New York Review of Books, Boundless, and The Independent. She was born in Port of Spain, Trinidad, and educated in the United Kingdom. Her website is moniqueroffey.com.