Home » The Metal Heart: A novel of love and valor in World War II 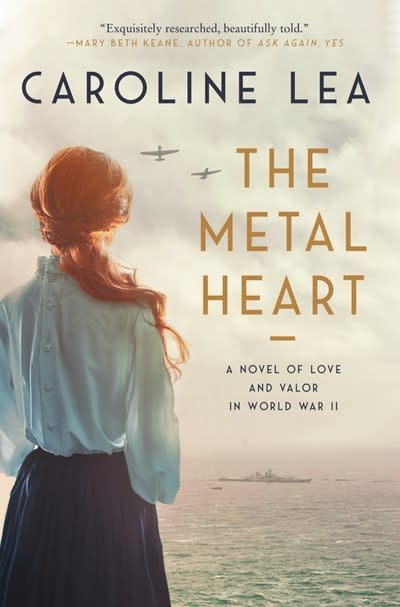 The Metal Heart: A novel of love and valor in World War II

A Paperback Original—Also Available as a Hardcover Library Edition

In the dark days of World War II, an unlikely romance blossoms between a Scottish woman and an Italian prisoner of war in this haunting novel with the emotional complexity of The Boat Runner and All the Light We Cannot See—a powerful and atmospheric story of love, jealousy, and conscience that illuminates the beauty of the human spirit from the author of The Glass Woman

In the wake of the Allies’ victory in North Africa, 500 Italian soldiers have been sent to a remote island off the Scottish coast to wait out the war in a newly constructed prison camp. Their arrival has divided the island’s community. Nerves frayed from three years of war and the constant threat of invasion, many locals fear the enemy prisoners and do not want them here.Where their neighbors see bloodthirsty enemies, however, orphaned sisters Dorothy and Constance see sick and wounded men unused to the freezing cold of an Orkney winter, and volunteer to nurse them. While doing so Dorothy finds herself immediately drawn to Cesare, a young man broken by the horrors of battle.To remind themselves of the homeland they yearn for, the prisoners—among them bricklayers, carpenters, metal workers, and artists—begin to build a chapel, turning debris and rubble into an exquisite monument to hope. The creation of something pure and holy in the middle of war captivates the islanders, and temporarily blurs the line between ally and enemy. But as the war drags on, tensions between the islanders and the outsiders deepen, threatening the bond Dorothy and Constance share. Since the loss of their parents, the sisters have relied on each other. Now, their loyalty will be tested, each forced to weigh duty against desire . . . until, one fateful evening, a choice must be made, one that that will have devastating consequences.

Caroline Lea grew up in Jersey in the United Kingdom. Her fiction and poetry have been shortlisted for the Bridport Prize, the Fish Short Story Competition, and various flash fiction prizes. She is the author of two previous novels, most recently The Glass Woman. She currently lives in Warwick with her two young children.