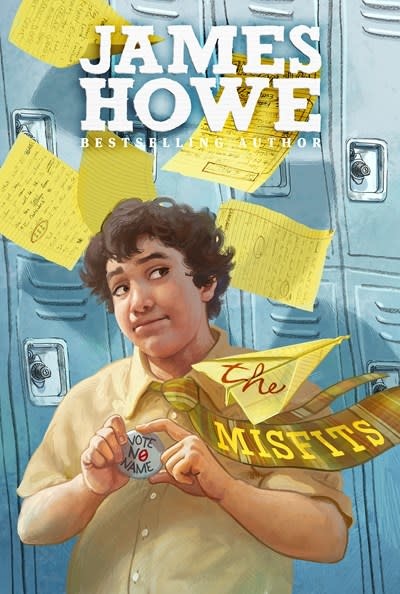 Kids who get called the worst names oftentimes find each other. That’s how it was with us, Skeezie Tookis, Addie Carle, Joe Bunch, and me.

Bobby is the quiet one, the chubby one, the kid who just wants to get through seventh grade unseen and unscathed. He hates the names he’s called, but he figures there’s nothing he can do about it—until Addie comes up with a plan. Will her campaign to end name-calling at Paintbrush Falls Middle School change anything? One thing is for sure: it will change Bobby forever.

This book inspired a national No Name-Calling Week.

James Howe is the author of more than ninety books for young readers. Bunnicula, coauthored by his late wife Deborah and published in 1979, is considered a modern classic of children’s literature. The author has written six highly popular sequels, along with the spinoff series Tales from the House of Bunnicula and Bunnicula and Friends. Among his other books are picture books such as Horace and Morris but Mostly Dolores and beginning reader series that include the Pinky and Rex and Houndsley and Catina books. He has also written for older readers. The Misfits, published in 2001, inspired the nationwide antibullying initiative No Name-Calling Week, as well as three sequels, Totally Joe, Addie on the Inside, and Also Known as Elvis. A common theme in James Howe’s books from preschool through teens is the acceptance of difference and being true to oneself. Visit him online at JamesHowe.com.