Home » The Nature of Middle-earth 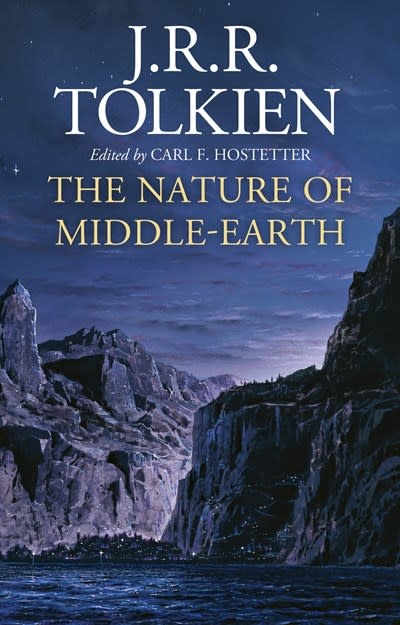 The Nature of Middle-earth

The first ever publication of J.R.R. Tolkien’s final writings on Middle-earth, covering a wide range of subjects and perfect for those who have read and enjoyed The Silmarillion, The Lord of the Rings, Unfinished Tales, and The History of Middle-earth, and want to learn more about Tolkien’s magnificent world.It is well known that J.R.R. Tolkien published The Hobbit in 1937 and The Lord of the Rings in 1954–5. What may be less known is that he continued to write about Middle-earth in the decades that followed, right up until the years before his death in 1973.For him, Middle-earth was part of an entire world to be explored, and the writings in The Nature of Middle-earth reveal the journeys that he took as he sought to better understand his unique creation. From sweeping themes as profound as Elvish immortality and reincarnation, and the Powers of the Valar, to the more earth-bound subjects of the lands and beasts of Númenor, the geography of the Rivers and Beacon-hills of Gondor, and even who had beards!This new collection, which has been edited by Carl F. Hostetter, one of the world’s leading Tolkien experts, is a veritable treasure-trove offering readers a chance to peer over Professor Tolkien’s shoulder at the very moment of discovery: and on every page, Middle-earth is once again brought to extraordinary life.