Home » Strangers in Their Own Land 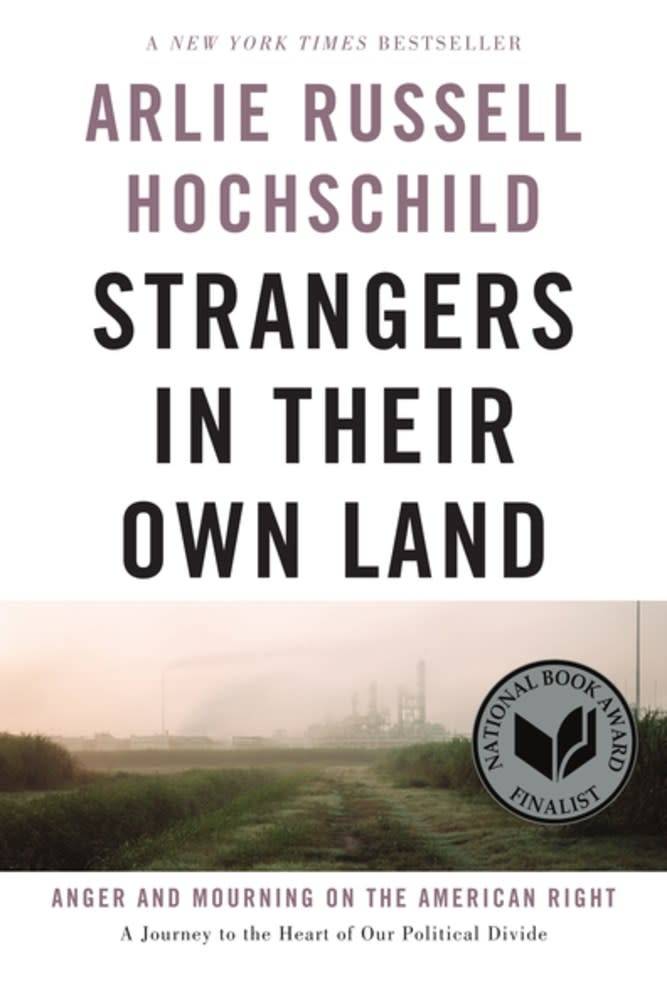 Strangers in Their Own Land

A NEWSDAY TOP 10 BOOK OF THE YEAR

When Donald Trump won the 2016 presidential election, a bewildered nation turnedto Strangers in Their Own Land to understand what Trump voters were thinking when they cast their ballots. Arlie Hochschild, one of the most influential sociologists of her generation, had spent the preceding five years immersed in the community around Lake Charles, Louisiana, a Tea Party stronghold.

As Jedediah Purdy put it in the New Republic, “Hochschild is fascinated by how people make sense of their lives. . . . [Her] attentive, detailed portraits . . . reveal a gulf between Hochchild’s ‘strangers in their own land’ and a new elite.”

Already a favorite common read book in communities and on campuses across the country and called “humble and important” by David Brooks and “masterly” by Atul Gawande, Hochschild’s book has been lauded by Noam Chomsky, New Orleans mayor Mitch Landrieu, and countless others.

The paperback edition features a new afterword by the author reflecting on the election of Donald Trump and the other events that have unfolded both in Louisiana and around the country since the hardcover edition was published, and also includes a readers’ group guide at the back of the book.