Home » The Ocean at the End of the Lane: A novel 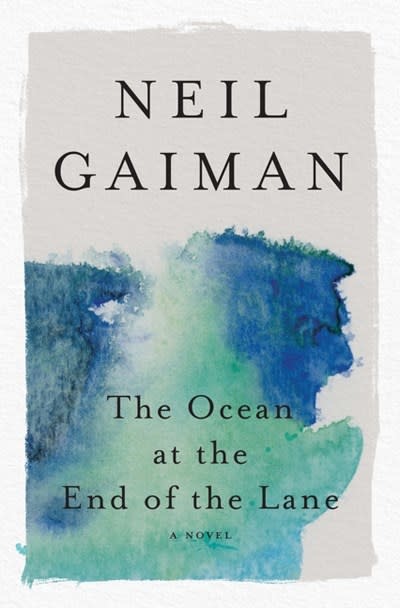 The Ocean at the End of the Lane: A novel

#1 New York Times BestsellerThis brilliantly imaginative, harrowing, and poignant tale from the modern master of wonder and terror makes the impossible all too real.“A novel about the truths—some wonderful, some terrible—that children know and adults do not.” —Time Magazine

“[Gaiman’s] mind is a dark fathomless ocean, and every time I sink into it, this world fades, replaced by one far more terrible and beautiful in which I will happily drown.” —New York Times Book ReviewA middle-aged man returns to his childhood home to attend a funeral. Although the house he lived in is long gone, he is drawn to the farm at the end of the road, where, when he was seven, he encountered a most remarkable girl, Lettie Hempstock, and her mother and grandmother. He hasn't thought of Lettie in decades, and yet as he sits by the pond (a pond that she’d claimed was an ocean) behind the ramshackle old farmhouse where she once lived, the unremembered past comes flooding back. And it is a past too strange, too frightening, too dangerous to have happened to anyone, let alone a small boy.A groundbreaking work as delicate as a butterfly’s wing and as menacing as a knife in the dark, The Ocean at the End of the Lane is told with a rare understanding of all that makes us human, and shows the power of stories to reveal and shelter us from the darkness inside and out.

Neil Gaiman is the #1 New York Times bestselling author of more than twenty books, including Norse Mythology, Neverwhere, and The Graveyard Book. Among his numerous literary awards are the Newbery and Carnegie medals, and the Hugo, Nebula, World Fantasy, and Will Eisner awards. Originally from England, he now lives in America.