Home » The One Hundred Years of Lenni and Margot: A novel 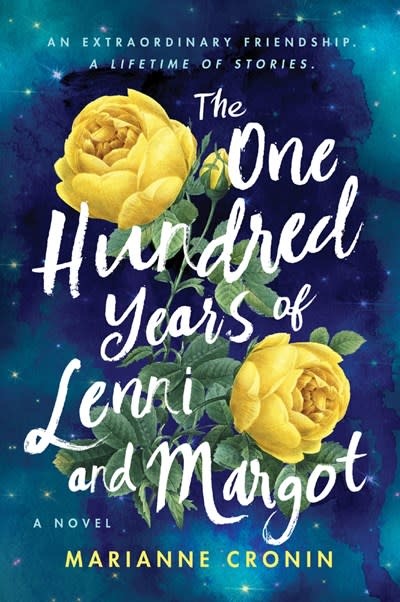 The One Hundred Years of Lenni and Margot: A novel

A Paperback Original—Also Available as a Hardcover Library Edition

A charming, fiercely alive and disarmingly funny debut novel in the vein of John Green, Rachel Joyce, and Jojo Moyes—a brave testament to the power of living each day to the fullest, a tribute to the stories that we live, and a reminder of our unlimited capacity for friendship and love.“Graceful, intelligent, beautiful writing. Full of wisdom and kindness. It is just the kind of book I adore.”—Joanna Cannon, author of the international bestseller The Trouble with Goats and Sheep

An extraordinary friendship. A lifetime of stories. Seventeen-year-old Lenni Pettersson lives on the Terminal Ward at the Glasgow Princess Royal Hospital. Though the teenager has been told she’s dying, she still has plenty of living to do. Joining the hospital’s arts and crafts class, she meets the magnificent Margot, an 83-year-old, purple-pajama-wearing, fruitcake-eating rebel, who transforms Lenni in ways she never imagined.As their friendship blooms, a world of stories opens for these unlikely companions who, between them, have been alive for one hundred years. Though their days are dwindling, both are determined to leave their mark on the world. With the help of Lenni’s doting palliative care nurse and Father Arthur, the hospital’s patient chaplain, Lenni and Margot devise a plan to create one hundred paintings showcasing the stories of the century they have lived—stories of love and loss, of courage and kindness, of unexpected tenderness and pure joy.Though the end is near, life isn’t quite done with these unforgettable women just yet.Delightfully funny and bittersweet, heartbreaking yet ultimately uplifting, The One Hundred Years of Lenni and Margot reminds us of the preciousness of life as it considers the legacy we choose to leave, how we influence the lives of others even after we’re gone, and the wonder of a friendship that transcends time.

Marianne Cronin was born in 1990 and grew up in Warwickshire, England. She studied English at Lancaster University before earning a PhD in Applied Linguistics from the University of Birmingham. She now spends most of her time writing, with her newly-adopted rescue cat sleeping under her desk. When she's not writing, Marianne can be found performing improv in the West Midlands, where she now lives. Her debut novel, The One Hundred Years of Lenni and Margot, is to be translated into more than 20 languages and is being adapted into a feature film by a major Hollywood studio.