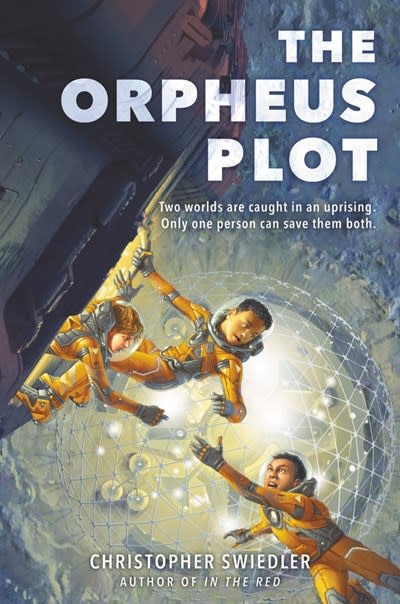 A thrilling new stand-alone adventure from the critically acclaimed author of In the Red, which ALA Booklist said will leave readers “breathless,” about a rebellion that pits one boy’s past against his future.

This out-of-this-world story about fighting for what’s right, chasing your dreams, and believing in yourself is perfect for fans of Kevin Emerson, Yoon Ha Lee, and D.J. MacHale!Lucas Adebayo grew up on a mining ship in the asteroid belt and has joined the Navy with big dreams of flying the most impressive spaceships in the galaxy. Lucas’s life in the Navy couldn’t be more different from the Belt, and he struggles to find his place among kids from Earth, Mars, and Luna. But when a group of rogue Belters rebel against the Navy and put everyone’s lives at risk, only Lucas will be able to lead the way to peace.

Christopher Swiedler is an author and software engineer who lives with his wife and three children in California, where they’re under constant threat from earthquakes, tsunamis, and the occasional killer asteroid. You can visit him at www.christopherswiedler.com.