Home » The Other Side: Stories of Central American Teen Refugees Who Dream of Crossing the Border 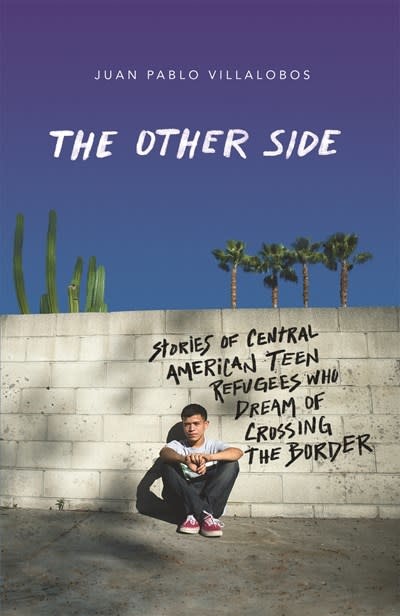 The Other Side: Stories of Central American Teen Refugees Who Dream of Crossing the Border

Award-winning Mexican author Juan Pablo Villalobos explores illegal immigration with this emotionally raw and timely YA nonfiction book about ten Central American teens and their journeys to the United States.

For this striking, stripped-down account of youth immigration, Villalobos interviewed teens at various stages of the immigration process to illustrate their stories—the physical and emotional difficulties of their travels.

He then changed certain elements of these stories in order to protect the children's identities. Each chapter brings forth the voice of one young immigrant's experience, from crossing the Mexican desert to gang violence to the "freezers" at ICE detention centers.

Together, these teen voices paint a vivid and thought-provoking picture of US-Central American immigration and the American refugee crisis, which will resonate with young readers, educators, and fans of his adult fiction alike.

Juan Pablo Villalobos was born in Guadalajara, Mexico, in 1973. He has written literary criticism, film criticism, and short stories. Villalobos has penned multiple books, including Down the Rabbit Hole, which has been translated into fifteen languages and was shortlisted for the Guardian First Book Award, and Quesadillas. He lives in Barcelona, Spain, with his wife and their two sons. Find him on Twitter @VillalobosJPe.