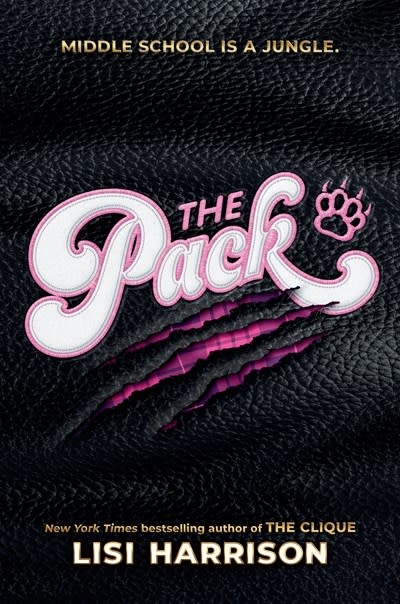 The #1 New York Times bestselling author of THE CLIQUE invites us into a new middle school—this time for girls with animal powers. The newest student Sadie might become the next Queen of the jungle after she is invited to join The Pack!

Don’t be fooled…. Charm House isn’t like any other charm school. Charm stands for Center for Human-Animal Reform and Manners. Every girl who boards there has an animal light inside her that is wild and needs to be tamed.

New girl Sadie just wants to stay out of trouble and blend in. When she learns she has the fiercest animal light of all, she is invited to join the group of it girls known as the Pack, led by Lindsey, the school’s queen of the jungle. Soon Sadie is consumed by social drama and her secret feelings for an off-limits private-school boy.

Charm House is supposed to protect them, but danger looms when someone starts to threaten the girls. Is the school in jeopardy—or is someone trying to tear the Pack apart?

Lisi Harrison worked at MTV Networks in New York City for twelve years. She left her position as senior director of development in 2003 to write The Clique series which sold more than eight million copies and has been on the New York Times bestseller list for more than two hundred weeks, with ten titles hitting #1 and foreign rights sold in thirty-three countries. The Alphas was a #1 New York Times bestseller, and Monster High was an instant bestseller. Her latest YA series is the Pretenders and her first adult novel is The Dirty Book Club. Lisi lives in Laguna Beach, California.