Home » The Paris Connection: A novel 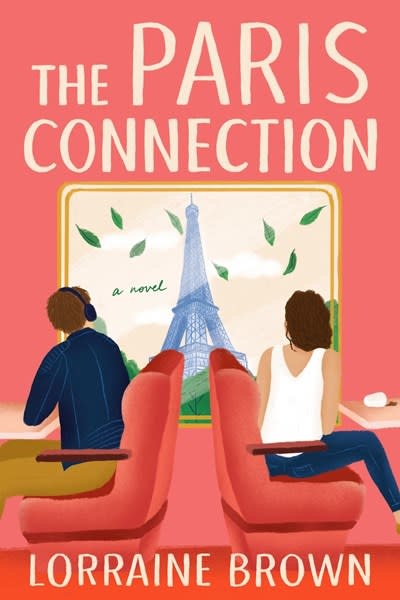 The Paris Connection: A novel

In this witty and heartfelt debut love story for fans of Josie Silver’s One Day in December, a woman stranded in Paris for the day discovers that her unexpected detour—and the charming Frenchman she meets along the way—might be leading her to exactly the life she was always meant to live.

Can an accidental detour change your life?

When Hannah and her boyfriend, Simon, board their train with only a few seconds to spare, they’re confident that they’ll make it to Amsterdam in time for his sister’s wedding. But unbeknownst to them, the train is scheduled to divide in the middle of the night. And when it does, half of it continues on the route to Amsterdam. And the other half—the one with Hannah in it—heads 300 miles away, to Paris.

Left without her luggage, ticket, cell phone, or hope of reuniting with Simon, Hannah has no choice but to spend the day in Paris before the next train out. Worse than being stuck in a foreign city alone, though, is being stuck with Leo, the handsome but infuriating Frenchman who blames Hannah for his own unwanted detour. The series of mishaps that sends them traipsing through the City of Light seems like only further proof that Hannah’s day has gone from bad to worse. So why is it that the more Hannah takes in the glorious sights and sounds of Paris—and the more time she spends with the increasingly intriguing Leo—the more she finds herself beginning to question the safe, tidy life she’s built for herself back home in London?

Warm, witty, and brimming with the romance and nostalgia that can be found only in Paris, The Paris Connection is the unforgettable story of how the wrong road can sometimes lead us in the right direction.

Lorraine Brown trained as an actress and is about to complete her final year of a postgraduate diploma in psychodynamic counselling. She was one of 11 mentees chosen to be part of Penguin Random House UK’s 2017 WriteNow program, which aims to launch the careers of writers from under-represented communities. She lives in North London with her partner and their seven-year-old son.