Home » The Path to Kindness: Poems of Connection and Joy 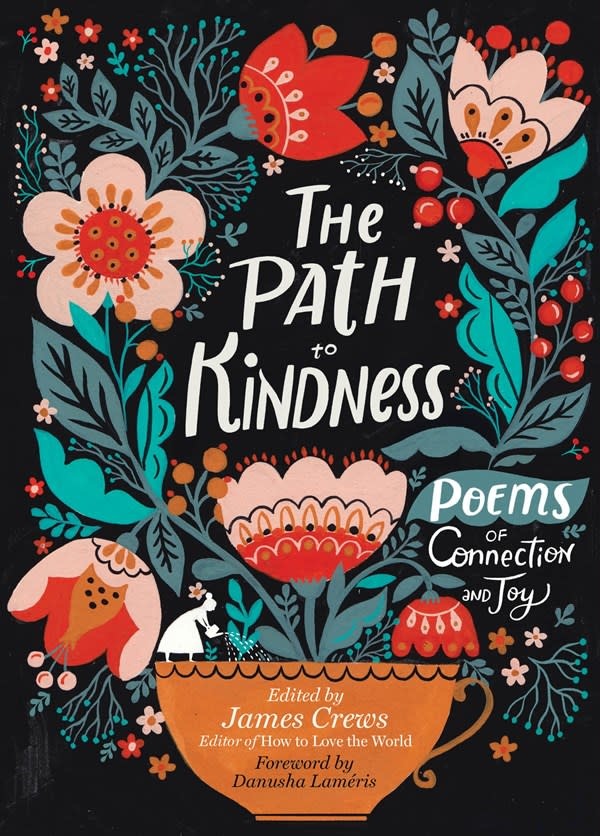 The Path to Kindness: Poems of Connection and Joy

James Crews, editor of the best-selling How to Love the World (70,000 copies in print), presents an all-new anthology of poems that explore the theme of kindness, featuring more than 100 uplifting and accessible poems by a diverse group of well-known and emerging contemporary poets, including Julia Alvarez, Marie Howe, Ellen Bass, Naomi Shihab Nye, Ross Gay, Ada Limón, Danusha Lameris, Alberto Ríos, and more.

Following the success and momentum of his anthology How to Love the World (93,000 copies in print), James Crews's new collection, The Path to Kindness, offers more than 100 deeply felt and relatable poems from a diverse range of voices including well-known writers Julia Alvarez, Marie Howe, Ellen Bass, Naomi Shihab Nye, Alberto Ríos, Ross Gay, and Ada Limón, as well as new and emerging voices. Featured Black poets include January Gill O’Neil, Tracy K. Smith, and Cornelius Eady. Native American poets include Kimberly Blaeser, Joy Harjo (current U.S. Poet Laureate), and Linda Hogan. The collection also features international voices, including Canadian poets Lorna Crozier and Susan Musgrave. Presented in the same perfect-in-the-hand format as How to Love the World, the collection includes prompts for journaling and exploration of selected poems, a book group guide, bios of all the contributing poets, and stunning cover art by award-winning artist Dinara Mirtalipova. A foreword by Danusha Laméris, along with her popular poem "Small Kindnesses," is also included.

James Crews is the editor of the best-selling anthology, How to Love the World, which has been featured on NPR's Morning Edition, in the Boston Globe, and the Washington Post, and is the author of four prize-winning collections of poetry: The Book of What Stays, Telling My Father, Bluebird, and Every Waking Moment. His poems have been reprinted in the New York Times Magazine, Ploughshares, The New Republic, and The Christian Century, and in former US poet laureate Ted Kooser's weekly newspaper column, "American Life in Poetry," and featured on Tracy K. Smith's podcast, The Slowdown. He worked with Ted Kooser on "American Life in Poetry," which reaches millions of readers across the world. Crews holds an MFA in creative writing from the University of Wisconsin-Madison and a PhD in writing and literature from the University of Nebraska-Lincoln. He teaches poetry at the University at Albany and lives with his husband in Shaftsbury, Vermont. Danusha Laméris is the author of two books: The Moons of August (Autumn House, 2014), which was chosen by Naomi Shihab Nye as the winner of the Autumn House Press poetry prize, and Bonfire Opera (University of Pittsburgh, 2020), which won the Northern California Book Award. Winner of the Lucille Clifton Legacy Award, she teaches in the Pacific University low-residency MFA Program and co-hosts with James Crews the Poetry of Resilience online seminars. She lives in Santa Cruz County, California.