Home » The Periodic Table of Marvel 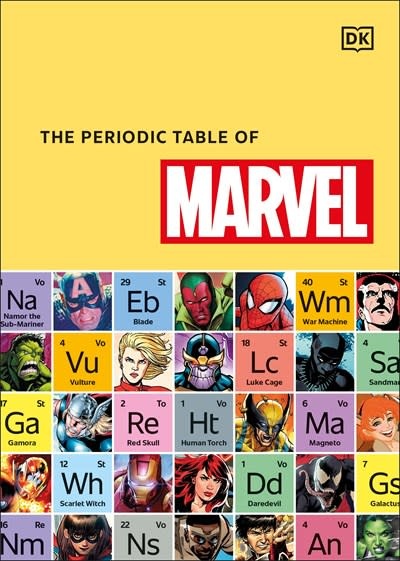 The Periodic Table of Marvel

From the volatile gamma-irradiated Hulk to the stable Super-Soldier Captain America, and the technologically enhanced Iron Man to the cosmically charged Silver Surfer, the Marvel Comics Universe boasts a diverse array of heroes and villains. Whether mutants or Asgardians, Celestials or Inhumans, The Periodic Table of Marvel expertly classifies key and lesser known Marvel characters to reveal the properties that bind them, the catalysts that created them, the chain reactions that energize them, and the underlying structures and formulas that underpin the Marvel Universe.

With more than 130 character profiles written by a Marvel expert, beautiful comic book art, and Marvel’s seal of approval, The Periodic Table of Marvel reveals the fascinating and surprising connections between the most incredible heroes and villains ever created.