Home » The Pull of the Stars: A novel 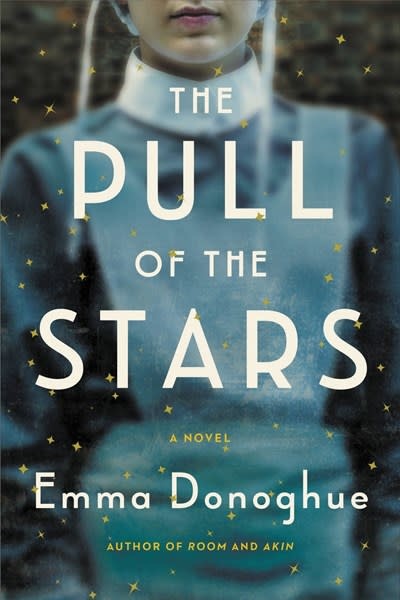 The Pull of the Stars: A novel

In Dublin, 1918, a maternity ward at the height of the Great Flu is a small world of work, risk, death, and unlooked-for love, in "Donoghue's best novel since Room" (Kirkus Reviews)

In an Ireland doubly ravaged by war and disease, Nurse Julia Power works at an understaffed hospital in the city center, where expectant mothers who have come down with the terrible new Flu are quarantined together. Into Julia's regimented world step two outsiders -- Doctor Kathleen Lynn, a rumoured Rebel on the run from the police , and a young volunteer helper, Bridie Sweeney.

In the darkness and intensity of this tiny ward, over three days, these women change each other's lives in unexpected ways. They lose patients to this baffling pandemic, but they also shepherd new life into a fearful world. With tireless tenderness and humanity, carers and mothers alike somehow do their impossible work.

In The Pull of the Stars, Emma Donoghue once again finds the light in the darkness in this new classic of hope and survival against all odds.

Born in Dublin in 1969, Emma Donoghue is an Irish emigrant twice over: she spent eight years in Cambridge doing a PhD in eighteenth-century literature before moving to London, Ontario, where she lives with her partner and their two children. She also migrates between genres, writing for film/TV and stage as well as novels and short stories for adults and children. Her international bestseller Room was a New York Times Best Book of 2010 and a finalist for the Man Booker, Commonwealth, and Orange Prizes and the screenplay won her an Oscar nomination.