Home » The Queen's Secret: A novel of England's WWII queen 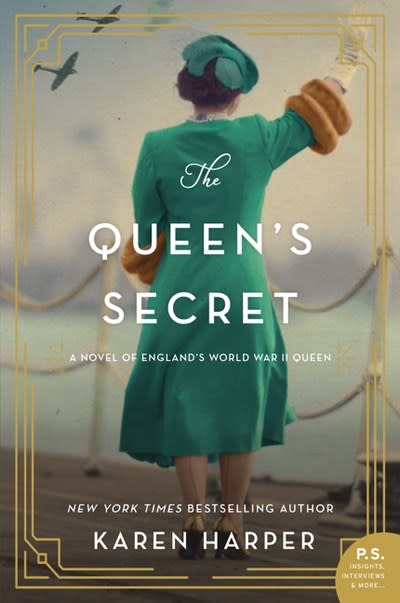 The Queen's Secret: A novel of England's WWII queen

A Paperback Original—Also Available as a Hardcover Library EditionIf you love Jennifer Robson or The Crown you will love New York Times bestselling author Karen Harper’s novel about Elizabeth, The Queen Mother.

1939. As the wife of the King George VI and the mother of the future queen, Elizabeth—“the queen mother”—shows a warm, smiling face to the world. But it’s no surprise that Hitler himself calls her the “Most Dangerous Woman in Europe.” For behind that soft voice and kindly demeanor is a will of steel.Two years earlier, George was thrust onto the throne when his brother Edward abdicated, determined to marry his divorced, American mistress Mrs. Simpson. Vowing to do whatever it takes to make her husband’s reign a success, Elizabeth endears herself to the British people, and prevents the former king and his brazen bride from ever again setting foot in Buckingham Palace.Elizabeth holds many powerful cards, she’s also hiding damaging secrets about her past and her provenance that could prove to be her undoing.In this riveting novel of royal secrets and intrigue, Karen Harper lifts the veil on one of the world’s most fascinating families, and how its “secret weapon” of a matriarch maneuvered her way through one of the most dangerous chapters of the century.

New York Times and USA Today bestselling author Karen Harper is a former university instructor and high school English teacher. Published since 1982, she writes contemporary suspense for Mira Books in addition to her historical novels about real British women for William Morrow. Two of her recent Tudor era books were bestsellers in the UK and Russia. . The author and her husband live in Ohio.