Home » The Retreat: A novel 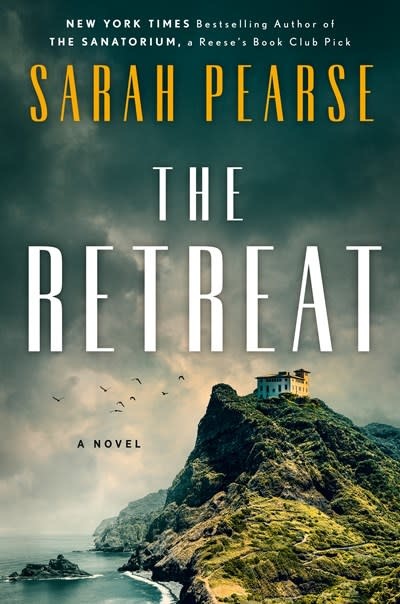 The Retreat: A novel

From the New York Times bestselling author of The Sanatorium, a Reese’s Book Club pick, this is detective Elin Warner’s second outing, as she uncovers the truth behind the suspicious deaths on a stunning island getaway.

Most are here to recharge and refresh. But someone’s here for revenge…

An eco-wellness retreat has opened on an island off the English coast, promising rest and relaxation—but the island itself, known locally as Reaper’s Rock, has a dark past. Once the playground of a serial killer, it’s rumored to be cursed.

Detective Elin Warner is called to the retreat when a young woman’s body is found on the rocks below the yoga pavilion in what seems to be a tragic fall. But the victim wasn’t a guest—she wasn’t meant to be on the island at all.

When a guest drowns in a diving incident the following day, Elin starts to suspect that there’s nothing accidental about these deaths. But why would someone target the guests, and who else is in danger?

Story Locale: Island off the coast of Devon, UK.

Sarah Pearse grew up in Devon, UK, and studied English literature and creative writing at the University of Warwick before completing a postgraduate diploma in broadcast journalism. She lived in Switzerland for several years before returning to the UK. The Sanatorium, her debut, was an instant New York Times and Sunday Times (London) bestseller, and was selected as a Reese’s Book Club Pick. The Retreat is her second novel.