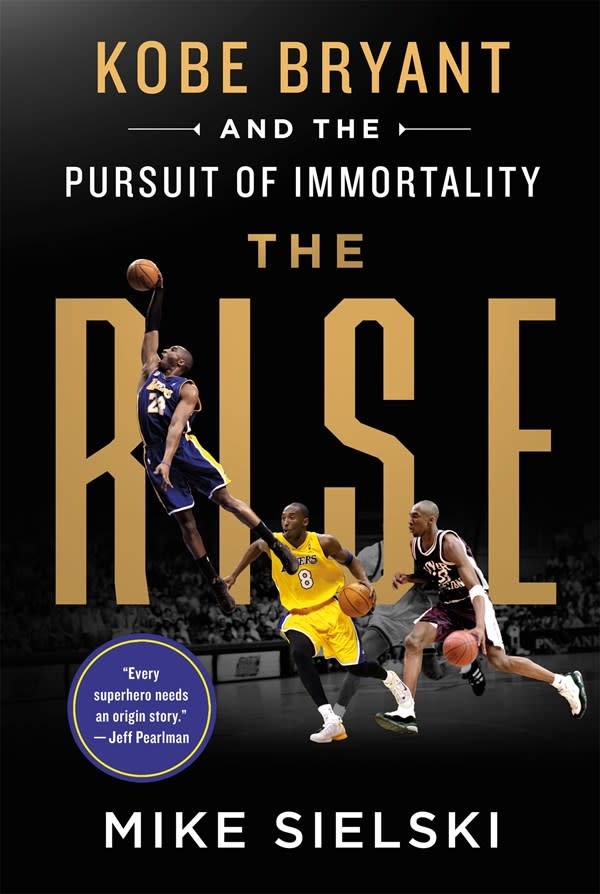 The inside look at one of the most captivating and consequential figures in our culture with never-before-seen material.

Kobe Bryant’s death did more than rattle the worlds of sports and celebrity. That tragic helicopter crash unveiled fully his influence on our culture, and by telling the lesser-known story of his early life, The Rise will provide an insight into Kobe that no other analysis has.

In The Rise, readers will travel from Philadelphia in the 1960s and ’70s—where Kobe’s father, Joe, became a playground, college, and professional basketball standout—to the Bryant family’s isolation in Europe, where Kobe spent his formative years, to the leafy suburbs of Lower Merion, where Kobe’s legend was born. The narrative will trace his high school career and life, including his team’s dramatic underdog pursuit of a state championship, and the run-up to the 1996 NBA draft, where Kobe’s dreams culminated with his acquisition by the Los Angeles Lakers.

In researching The Rise, Mike Sielski has a terrific advantage over other writers who have chronicled Bryant’s life. Jeremy Treatman, a Kobe confidant, conducted a series of never-before-released interviews with Bryant in the late 1990s, and he has shared these transcripts and tapes with Sielski. They will reveal Bryant’s in-the-moment thoughts and tell stories, preserved for a quarter-century, that have never been told before.

This will be more than a basketball book. This will be an unforgettable exploration of the identity and making of an icon—of the essence of the man before he truly became a man.

MIKE SIELSKI is a columnist for The Philadelphia Inquirer and the author of three books. The Associated Press Sports Editors voted him the country’s top sports columnist in 2015, and his previous book, Fading Echoes: A True Story of Rivalry and Brotherhood from the Football Field to the Fields of Honor, was published in 2009. Sielski lives in Bucks County, Pa., with his wife and two sons.