Home » The Road Trip: A novel 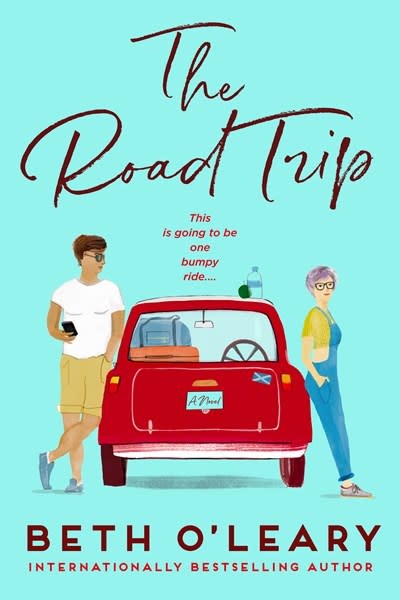 The Road Trip: A novel

Two exes reach a new level of awkward when forced to take a road trip together in this endearing and humorous novel by the author of the international bestseller The Flatshare.

What if the end of the road is just the beginning?

Four years ago, Dylan and Addie fell in love under the Provence sun. Wealthy Oxford student Dylan was staying at his friend Cherry’s enormous French villa; wild child Addie was spending her summer as the on-site caretaker. Two years ago, their relationship officially ended. They haven’t spoken since.

Today, Dylan’s and Addie’s lives collide again. It’s the day before Cherry’s wedding, and Addie and Dylan crash cars at the start of the journey there. The car Dylan was driving is wrecked, and the wedding is in rural Scotland—he’ll never get there on time by public transport.

So, along with Dylan’s best friend, Addie’s sister, and a random guy on Facebook who needed a ride, they squeeze into a space-challenged Mini and set off across Britain. Cramped into the same space, Dylan and Addie are forced to confront the choices they made that tore them apart—and ask themselves whether that final decision was the right one after all.

Beth O’Leary is a Sunday Times bestselling author whose books have been translated into more than thirty languages. She wrote her debut novel, The Flatshare, on her train journey to and from her job at a children’s publisher. She now lives in the Hampshire countryside and writes full-time.