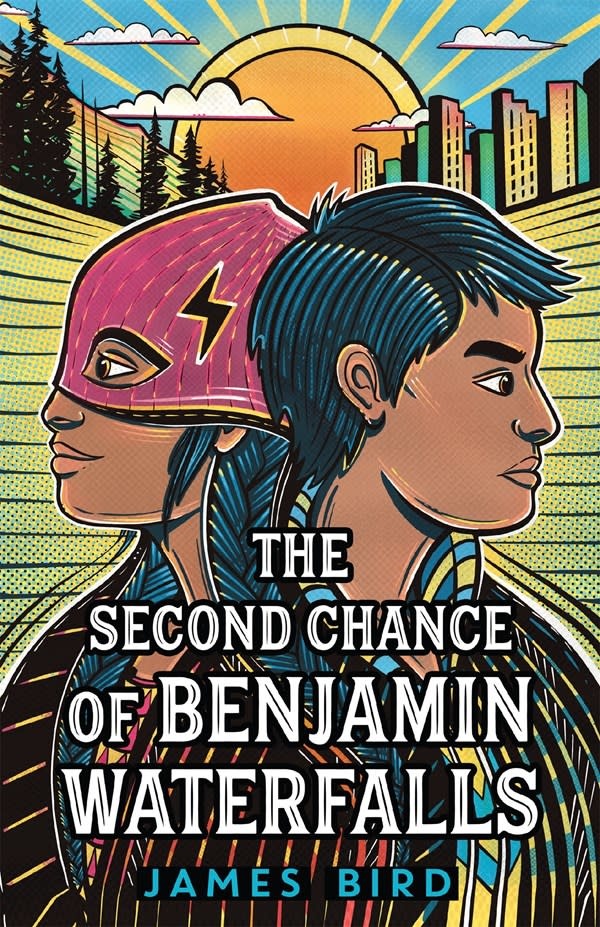 The Second Chance of Benjamin Waterfalls

A middle-grade novel by James Bird about a boy sent to a Native American "boot camp" to straighten out his life.

Benjamin Waterfalls comes from a broken home, and the quickest fix he’s found for his life is to

fill that emptiness with stuff he steals and then sells. But he’s been caught one too many times,

and when he appears before a tough judge, his mother proposes sending him to “boot camp”

at the Objibwe reservation where they used to live.

Soon he is on his way to Grand Portage, Minnesota, to live with his father – the man Benny

hasn’t seen in years. Not only is “boot camp” not what he expects, but his rehabilitation seems

to be in the hands of the tribal leader’s daughter, who wears a mask. Why? Finding the answer

to this and so many other questions prove tougher than any military-style boot camp. Will

answers be enough for Benny to turn his life around and embrace his second chance?

James Bird’s debut middle-grade novel, The Brave, was a Book Riot Best Book of 2020. He is also a screenwriter and director at the independent film company Zombot Pictures; his films include We Are Boats and Honeyglue. A California native of Ojibwe descent, he now lives in Swampscott, Massachusetts with his wife, the author and actor Adriana Mather, and their son.