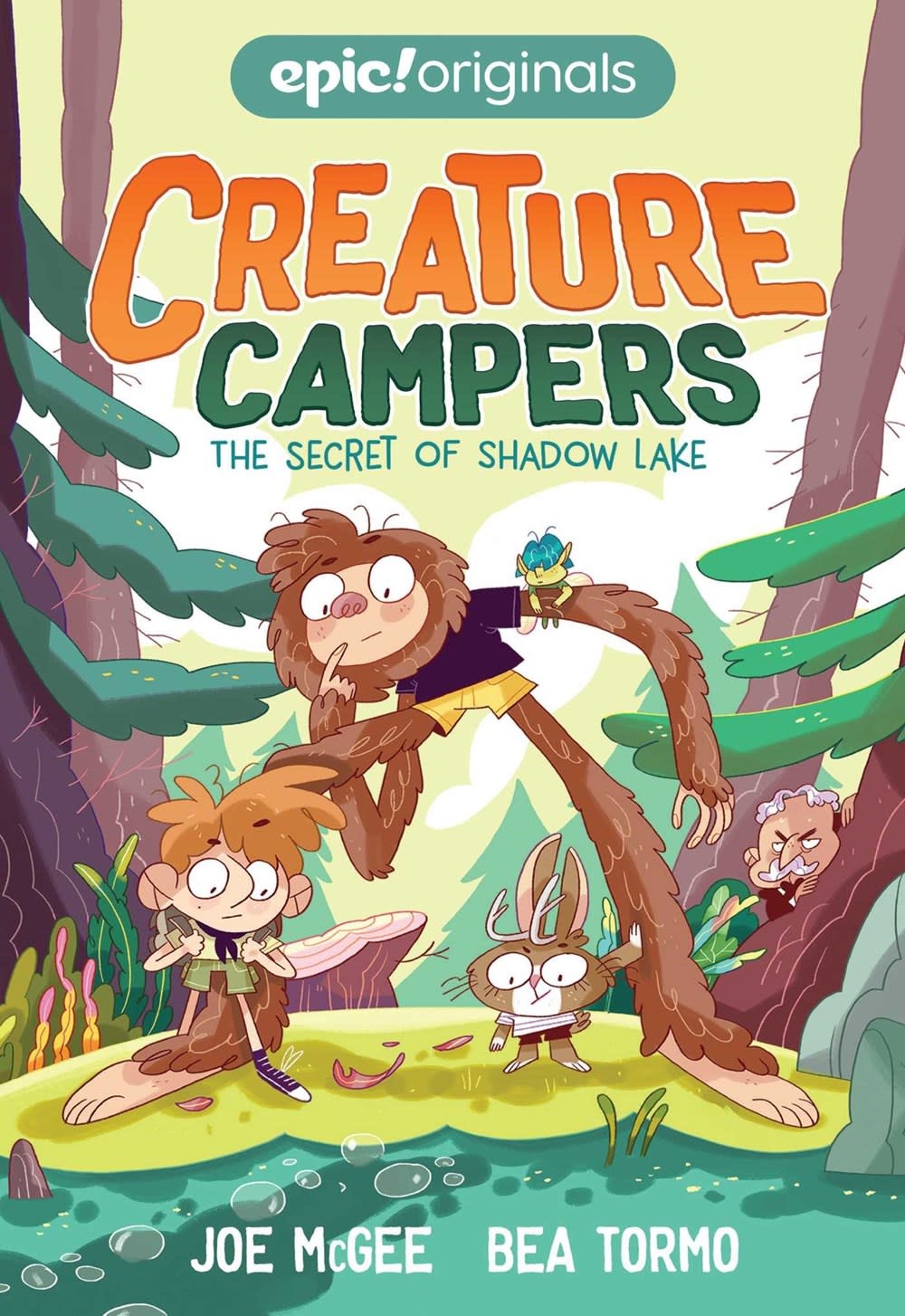 Being the new kid at camp is never easy, especially for a bigfoot, a hyperactive jackalope, a fairy who can barely fly, and the only human boy! From Epic! Originals, Creature Campers is a funny, heartwarming series about the unlikely friendships forged at Camp Moonlight—“where being different isn’t unusual…it’s FUNusual!”

Norm is worried about fitting in at camp. Literally. He’s not just tall for a kid. He’s tall even for a bigfoot. Oliver, the only human at camp, has the opposite problem: he’s small enough that a strong wind might knock him over. With the help of their new friends, Hazel (a hyperactive jackalope) and Wisp (a boy fairy who has trouble flying), they’ll have to work together to earn their canoeing certification without disturbing the resident lake monster—or Barnaby Snoop, who will stop at nothing to capture Norm for his personal rare creature collection.