Home » The Ship We Built 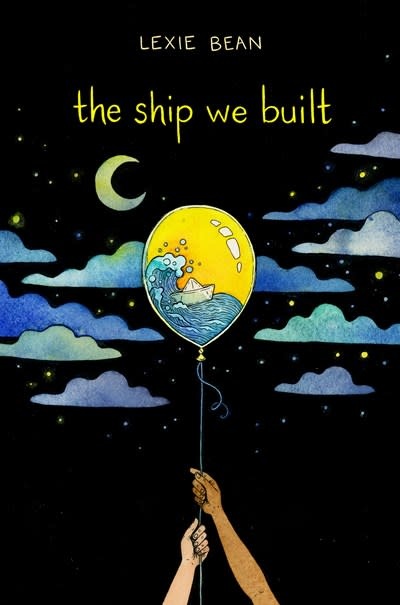 The Ship We Built

*“Everyone should read this remarkable, affecting novel.”—Kirkus Reviews, starred review

Tender and wise, The Ship We Built is about the bravery it takes to stand up for yourself—even to those you love—and the power of finding someone who treasures you for everything you are.

Sometimes I have trouble filling out tests when the name part feels like a test too…. When I write letters, I love that you have to read all of my thoughts and stories before I say any name at all. You have to make it to the very end to know.

Rowan has too many secrets to write down in the pages of a diary. And if he did, he wouldn’t want anyone he knows to read them. He understands who he is and what he likes, but it’s not safe for others to find out. Now the kids at school say Rowan’s too different to spend time with. He’s not the “right kind” of girl, and he’s not the “right kind” of boy. His mom ignores him. And at night, his dad hurts him in ways he’s not ready to talk about yet.

But Rowan discovers another way to share his secrets: letters. Letters he attaches to balloons and releases into the universe, hoping someone new will read them and understand. But when he befriends a classmate who knows what it’s like to be lonely and scared, even at home, Rowan realizes that there might already be a person he can trust right by his side.

Lexie Bean is a queer and trans multimedia artist from the Midwest whose work revolves around themes of bodies, homes, cyclical violence, and LGBTQIA+ identity. Lexie is a Lambda Literary Award Finalist and passionate about creating honest and complex trans narratives that “transition and grow” alongside them. Their writing has been featured in Teen Vogue, Huffington Post, The Feminist Wire, Ms. Magazine, Them, Logo’s New Now Next, Bust Magazine, Autostraddle, and more. The Ship We Built is their debut novel supported with residencies at the Sundress Academy, Paragraph New York, and the Santa Cruz Bookshop.