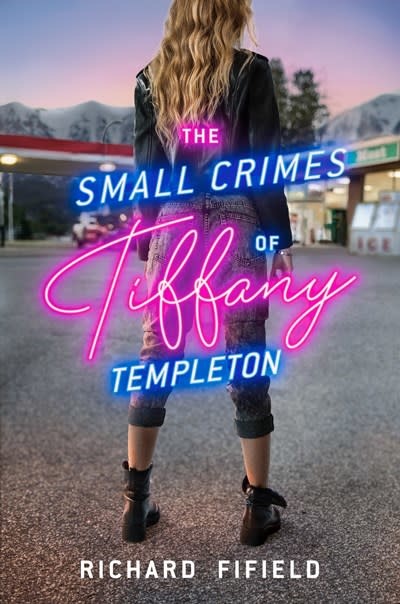 The Small Crimes of Tiffany Templeton

The Serpent King meets Girl in Pieces in this moving and darkly funny story about a teenage girl coming of age and learning how to grieve in small-town Montana.

Tiffany Templeton is tough. She dresses exclusively in black, buys leather jackets that are several sizes too big, and never backs down from a fight. She’s known in her tiny Montana town as Tough Tiff, and after her shoplifting arrest and a stint in a reform school, the nickname is here to stay.

But when she comes back home, Tiffany may not be the same old Tough Tiff that everybody remembers. Her life is different now: her mother keeps her on an even shorter leash than before, she meets with a probation officer once a month, and she’s still grieving her father’s recent death.

As Tiffany navigates her new life and learns who she wants to be, she must also contend with an overbearing best friend, the geriatric cast of a high-maintenance drama production, her first boyfriend, and a town full of eccentric neighbors—not to mention a dark secret she’s been keeping about why the ex-football coach left town.

Richard Fifield earned his MFA from Sarah Lawrence College in upstate New York. For the past twenty years he has worked as a social worker for adults with intellectual disabilities, while volunteering as a creative writing teacher in Missoula, Montana. His first novel, The Flood Girls, was published in 2016. Follow him on Twitter @richard_fifield.