Home » The Swimmers: A novel 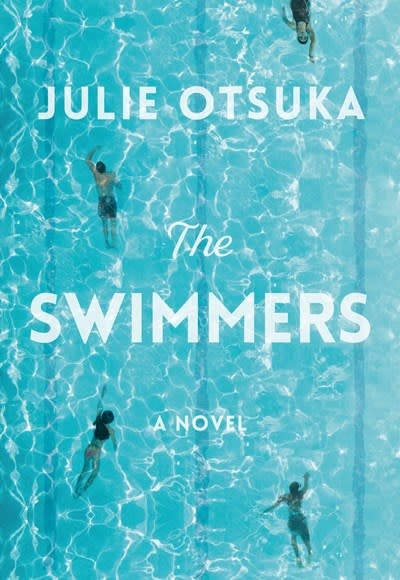 The Swimmers: A novel

From the best-selling, award-winning author of The Buddha in the Attic and When the Emperor Was Divine comes a novel about what happens to a group of obsessed recreational swimmers when a crack appears at the bottom of their local pool—a tour de force of economy, precision, and emotional power.

The swimmers are unknown to one another except through their private routines (slow lane, medium lane, fast lane) and the solace each takes in their morning or afternoon laps. But when a crack appears at the bottom of the pool, they are cast out into an unforgiving world without comfort or relief.

One of these swimmers is Alice, who is slowly losing her memory. For Alice, the pool was a final stand against the darkness of her encroaching dementia. Without the fellowship of other swimmers and the routine of her daily laps she is plunged into dislocation and chaos, swept into memories of her childhood and the Japanese American incarceration camp in which she spent the war. Alice’s estranged daughter, reentering her mother’s life too late, witnesses her stark and devastating decline. Written in spellbinding, incantatory prose, The Swimmers is a searing, intimate story of mothers and daughters, and the sorrows of implacable loss: the most commanding and unforgettable work yet from a modern master.

JULIE OTSUKA was born and raised in California. She is a recipient of a Guggenheim Fellowship, and her first novel, When the Emperor Was Divine won the 2003 Asian American Literary Award and the 2003 American Library Association’s Alex Award. Her second novel, The Buddha in the Attic, was a finalist for the National Book Award in 2011 and won the 2012 PEN/Faulkner Award for Fiction and the 2011 Langum Prize in American Historical Fiction. The Buddha in the Attic was an international best seller and the winner of the prestigious Prix Femina Étranger in 2012, and the Albatros Literaturpreis in 2013. She lives in New York City.