Home » The Times I Knew I Was Gay 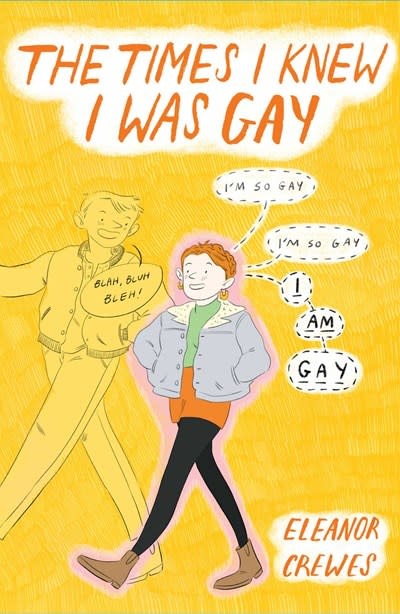 The Times I Knew I Was Gay

A charming, highly relatable graphic memoir that follows one young woman’s adventures in coming out and coming of age.

Ellie always had questions about who she was and how she fit in. As a girl, she wore black, obsessed over Willow in Buffy the Vampire Slayer, and found dating boys much more confusing than many of her friends did. As she grew older, so did her fears and a deep sense of unbelonging. From her first communion to her first girlfriend via a swathe of self-denial, awkward encounters, and everyday courage, Ellie tells her story through gorgeous illustrations—a fresh and funny self-portrait of a young woman becoming herself.

The Times I Knew I Was Gay reminds us that people sometimes come out not just once but again and again; that identity is not necessarily about falling in love with others, but about coming to terms with oneself. Full of vitality and humor, it will ring true for anyone who has taken the time to discover who they truly are.

Eleanor Crewes is a London-based illustrator, author, and graphic artist who graduated from University of the Arts in London in 2016. Her debut graphic memoir The Times I Knew I Was Gay originated as a self-published zine in 2017. It eventually became a small book, published by Good Comics and exhibited at the Toronto Comic Arts Festival, Thought Bubble, Brighton Illustration Fair, and The Lakes International Comic Arts Festival. This new and expanded version represents her American debut.